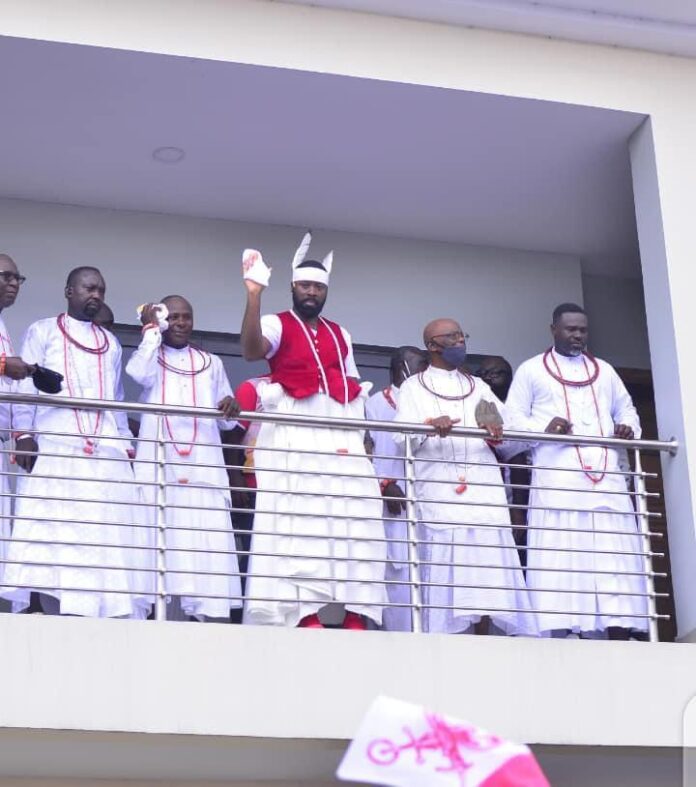 The newly crowned 21st Olu of Warri, Omoba Tsola Emiko, has reversed the curse he said was placed on Nigeria by one of his forebears, Wilson Gbesimi Emiko, the Olu Erejuwa (his grandfather) and Uku Akpolokpolo, Akenzua II of Benin.

The newly crowned monarch, who reversed this curse during his inaugural speech, said he believes there is a nexus between the spiritual and the physical manifestation of events.

“While not seeking to reopen old wounds, it is pertinent to recall the grave injustice meted out to Olu Erejuwa II. He visited his royal majesty, Oba Akenzua II of Benin and recounted his ordeal. In his reaction, a curse was placed on the land by both of them,” he said.

“It is not recorded that Olu Erejuwa II reversed the curse on the land neither is it recorded that Oba Akenzua II did the same. Most probably, the issue was never revisited.

“As a firm believer of the intricate interconnection between the spiritual and the manifestation in the physical, I am a firm believer that the matter needs to be addressed.

“As the spiritual, cultural, political, and traditional ruler of this land, I, Ogiame Atuwatse III, the 21st Olu of Warri, the first son of Olu Atuwatse II, the grandson of and direct descendant of Olu Erejuwa II who was offended on this throne, hereby, reverse the curse placed over this land.

“In its place, I release forgiveness and healing to the federal government of Nigeria whose might was used to propagate that offence, and I decree unprecedented and uncommon peace, prosperity, progress, development upon this land.

“I bring down the government of heaven unto this land and I direct it to flow as a course that can neither be sabotaged, slowed or stopped. It goes out as a strong ripple effect emanating from this kingdom to the Niger Delta, to the rest of the Nigerian nation and even the African continent.”