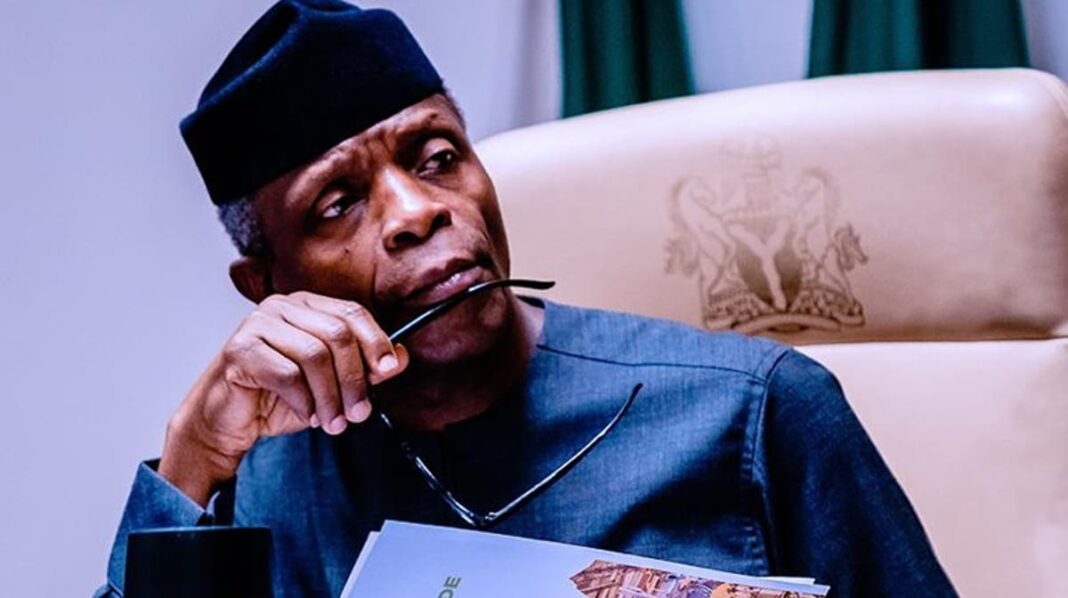 A political pressure organisation, Progressives Consolidation Group, PCG, has canvassed the support of all Nigerians and political leaders for the emergence of Vice President Yemi Osinbajo as the presidential flagbearer of the ruling All Progressives Congress, APC in the 2023 general elections.

In a letter dated July 14, 201, titled, “APC and the future of Nigeria: Why we must get it right and consider the Osinbajo Option in 2023,” which was signed by the group’s National Coordinator, Alhaji Ahmed Mohammed and National Secretary, Eberechuchwu Dibia, the group argued that the emergence of Osinbajo as the next president would ensure that the legacy of President Muhammadu Buhari is sustained.

The letter was addressed to key party leaders including the Senate President, Ahmed Lawan, several APC state governors and other top party leaders.

The letter read in part, “Your Excellency, we are writing you as the Senate President and as one of the national leaders of our party and by whatever parameter of assessment, you remain one of those citizens whom God has chosen to elevate to impact our history through the performance of constitutional responsibilities as well as other innumerable lines of action.

“With a history in mind, we, members of the PCG hereby solemnly join our voices with that of many others in appealing that you throw your weight behind our call for consideration of an Osinbajo successor administration after that of President Muhammadu Buhari, GCFR, would have run a full course in 2023.

“We believe – without any iota of doubt – that giving a worthy element within the system such as Vice President Osinbajo the chance to lead would not only enrich the system; it would certainly be the best assurance of stability and progress for extant developmental objectives.”

“Against this background, it is apparent that the dynamics and outcome of the seventh national election since Nigeria’s return to democratic rule in 1999 would significantly determine the future of Nigeria’s democracy and development.

“Thus, it is with this great sense of reasoning and respect for leaders like you as well as future generations, that we strongly appeal to you as a major stakeholder in the affairs of our party to join hands with us by asking other stakeholders in the party to consider Prof. Yemi Osinbajo, SAN, as an appropriate person to fly our party’s presidential flag come 2023.”