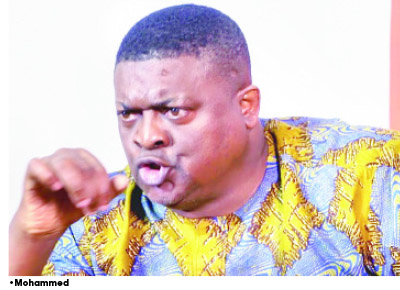 Mohammed Fawehinmi, the first son of the late human rights lawyer Chief Gani Fawehinmi, is dead. He was aged 50.

He died on Wednesday after complaining of breathing difficulties.

Mohammed had a law degree from the University of Buckingham, England and was called to the Nigerian bar in 1998.

In 2003, he had a terrible accident in Lagos, which affected his spinal cord and confined him to a wheelchair.

Though he managed the law firm left by his father, he has been unable to practise law the way his father had hoped.

The accident also changed his life, the way he never envisaged.

Mohammed Fawehinmi was unmarried before his death. As he said in an interview in 2018,
the accident affected his life in many ways.

“I just felt that I shouldn’t bother any woman with my condition. I didn’t want anybody to marry me out of pity. Even though I always have females around me, it is not every woman that can stay with a person with a disability of my kind.

“Most of the women I have met in recent times are not the ones that can stay with a man, they are the type who would want to attend parties and keep all sorts of friends instead of looking after me. Of course, a few have come close to what I want but the temperament is nothing to write home about”.