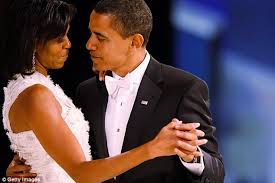 In deference to the description of his planned 60th birthday bash as a Covid “superspreader” by critics, given the huge number of guests invited for the lavish party, former United States President, Barack Obama has significantly cut back the scale of the event.

The party, scheduled for Saturday at Martha’s Vineyard, was initially expected to be attended by 475 guests and 200 staff.

In a statement, spokeswoman Hannah Hankins said: “Due to the new spread of the Delta variant over the past week, the President and Mrs. Obama have decided to significantly scale back the event to include only family and close friends.

“He’s appreciative of others sending their birthday wishes from afar and looks forward to seeing people soon.”

The president’s initial decision to host a large celebration in the midst of the rampaging Delta variant of Covid 19 was greeted by criticisms on social media.

One Twitter user posted: “Will they be wearing masks while sipping their champagne?”

Hundreds of former staffers, celebrities, and Democratic donors had been expected to attend the celebrations, The New York Times reports.

Stars George Clooney, Oprah Winfrey, and Pearl Jam were said to be on the guest list.

A White House spokesperson told Axios: “While President Biden is unable to attend this weekend, he looks forward to catching up with former President Obama soon and properly welcoming him into the over-sixty club.”

The Centers for Disease Control (CDC) has revealed that the Delta variant now accounts for more than 80 per cent of all new infections in the US.