Buhari approves payment of N5bn to Katsina for cattle ranching… to release balance of N1.5bn soon 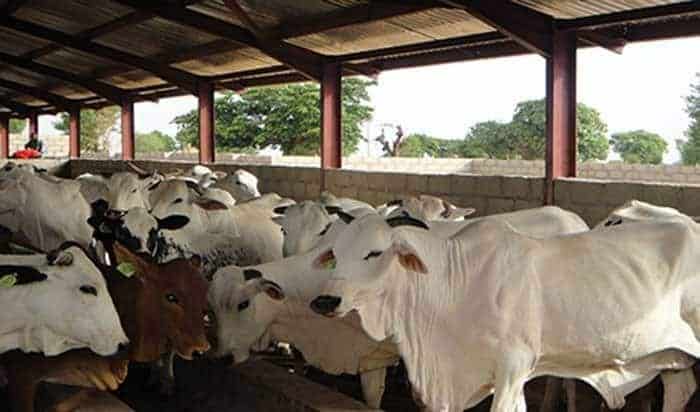 Against all arguments that animal husbandry is a business that should be driven by private investors, President Muhammadu Buhari has approved the sum of N6.25 billion for his Katsina home state to kickstart cattle ranching in the country.

This was disclosed by Buhari’s spokesman, Garba Shehu in a statement on Friday.

It quoted the governor of the state, Aminu Masari, as expressing confidence that with the release of N5 billion already to the state, the process to begin the construction of ranches in Katsina will soon commence.

Following approval of N6.25 billion by President Buhari, Katsina State will lead the way in setting up ranches, the statement said.

The statement informed that Masari made the disclosure while speaking at the commissioning of Regional Water Scheme in Dustin-ma, Katsina State, which was completed after 29 years of commencement in 1992,

It said the governor appreciated President Buhari “for consistently driving people-oriented development projects, with the release of N5 billion to the state to start the ranches.”

“Mr President has graciously approved the sum of N6.25 billion for ranch development purposes in Katsina State. Out of this amount, N5 billion is already in the account of the state government and within a few weeks, you will see advertisements calling for interested companies and consultants that will participate in construction,” it quoted the governor as saying.

Governor Masari noted that the Federal Government had been focused on meeting the needs of the grassroots, explaining that the Zobe Regional Water Project was a partnership for completion with a target of providing more than 50 million litres of water to communities.