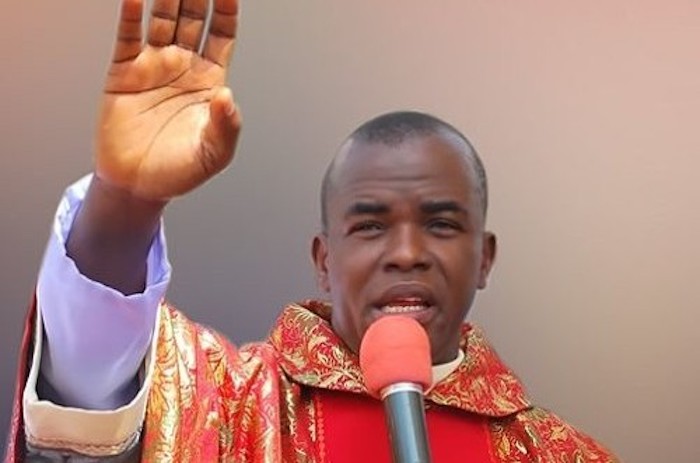 The cleric also advised the Federal Government to deploy the same vigour with which Kanu was arrested to deal with arrest insecurity, poverty, unemployment, activities of herdsmen, injustice and pragmatic nepotism.

Mbaka, who was reported to have made the call during a sermon on Sunday, at his adoration ground, said he made the request when some government agents whom he did not mention, came calling with some juicy offers to him which he turned down.

“Some persons came to me sometimes ago, that they have two slots for me. I told them I don’t need such an offer because I have a slot that I need. They said I should mention what I need,” he began.

“My first request was that they should release Nnamdi Kanu because since you people arrested him, we have lost many lives, so of what use is his arrest if after he was arrested, kidnapping hasn’t stopped in the North, thus, arresting him doesn’t solve the problem.

“Has anybody seen Nnamdi Kanu kill anybody? He’s not a murderer. Have they caught him with guns, so why arrest him? Where were the nation’s security agencies when several students were kidnapped?”

Mbaka attributed the rise in criminality to activities of politicians that purchase arms for the thugs during the electioneering period.