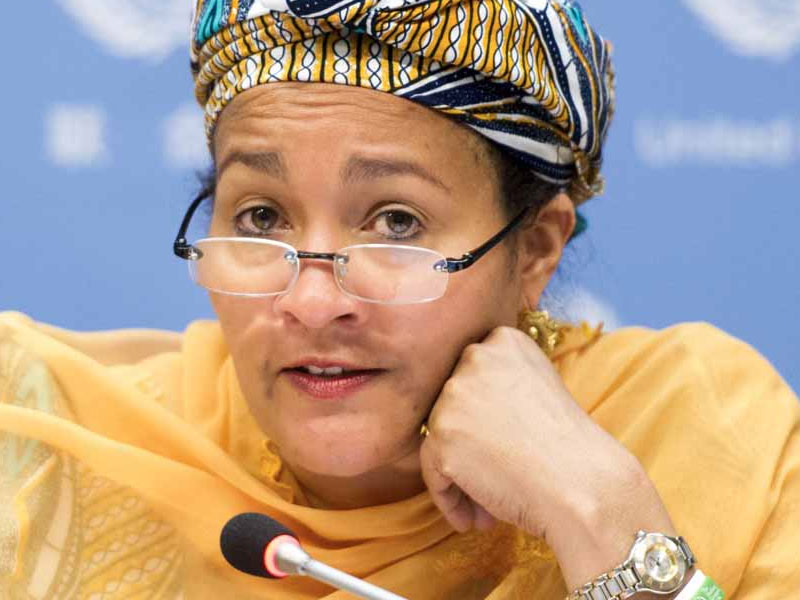 A former Nigerian Minister of Environment from 2015 to 2016, Amina Mohammed has been re-appointed as the deputy secretary-general of the United Nations by Antonio Guterres, the organisation’s secretary-general.

On Friday, Guterres himself was re-appointed as the secretary-general of the UN for a second term by the general assembly.

His second term starts on January 1, 2022, and will run for a period of five years.

Guterres succeeded Ban Ki-moon in January 2017 as the ninth secretary-general.Advertisement

Speaking with journalists after taking the oath of office for a second term, Guterres said he had extended an offer to Mohammed to continue in office.

“After being elected, I have the pleasure to invite the deputy secretary-general to remain in my second mandate and I hope she will accept,” he said.

Mohammed, who was standing behind Guterres at the press briefing, responded with the comment “absolute honour”.Advertisement

Before her appointment in 2017, she was Nigeria’s minister of environment under the administration of President Muhammadu Buhari.

She had also served as the special adviser to Ban Ki-moon on post-2015 development planning, which focused on the 2030 agenda for sustainable development goals.