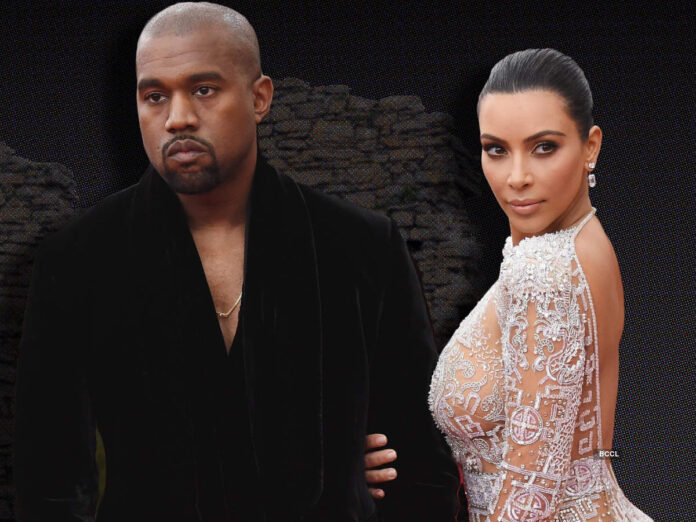 KANYE West has unfollowed his wife Kim Kardashian on Twitter.

The rapper, 44, unfollowed not only his soon-to-be ex Kim, 40, but also her sister Khloe just days after both of them wished him a happy birthday.

Kanye – who has not tweeted since November 4 last year, when he announced his intentions to run for president again in 2024 – also unfollowed Kim’s older sister Kourtney.

Kim filed for divorce from Kanye in February this year and while he still follows many Twitter fan accounts dedicated to the famous couple, he decided to stop following Kim.

Kim took to Instagram and in a photo of her with Kanye and three of their kids on a private jet wrote, “Happy Birthday Love U for Life.”

While Khloe posted a photo of herself with on-again, off-again baby daddy, Tristan Thompson alongside Kim and Kanye.

She captioned the post: “Happy birthday to my brother for life!!! Have the best birthday Ye! Sending you love and endless blessings!!”

Kanye has also apparently left Kim “blindsided and hurt” after he took new girlfriend, Irina Shayk to their “special place” in France.

The rapper was pictured with the 35-year-old model after whisking her away for a “romantic getaway” in Provence, south of France, for his 44th birthday.

A source told The Sun: “Kim’s been totally blindsided by this. It was in France where Kanye and Kim first got together, when he sent a private jet to bring her to his fashion show in Paris – which was the same one that Irina walked in years ago.

“Everyone thinks it’s a dig at Kim – taking Irina to France, that was Kim and Kanye’s special place.

“France was where they first got together, where they ‘fell in love’, where they made their first official appearance as a couple, and planned to have their wedding – although they moved it to Italy at the last minute.”

She revealed on the final episode of Keeping Up With the Kardashians, why she decided to file for divorce.

“I just feel I’ve worked so hard in life to achieve everything that I’ve wanted to, and I’ve lived up to my expectations and achieved 10 times more than I even thought was humanly possible, but I don’t have a life to share that with,” she told her mother, Kris Jenner, 65.

“Like, I do — obviously my kids and everything — but am I just going to sit here and think, ‘OK, my kids fulfil me and I’m good?’”

And she admitted becoming “lonely” after her birthday in October last year.

“After turning 40 this year, I realized like, ‘No I don’t want a husband that lives in a completely different state,’” she explained.

“To me, I thought, ‘Oh, my God, that’s when we’re getting along the best,’ but then that is sad to me and that’s not what I want.