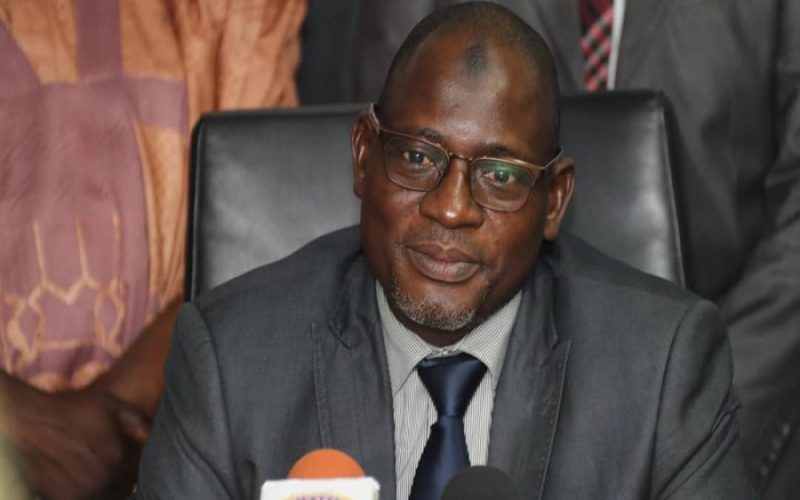 The House of Representatives Committee on Public Accounts Committee (PAC) on Wednesday issued a yellow card to the Executive Chairman of the Federal Inland Revenue Services, FIRS, Alhaji Muhammad Manman Nami, asking him to sit up and do his job properly or resign his appointment.

The Committee also gave the FIRS boss 18 hours within which to appear before it or be sanctioned accordingly.

Hon Busayo Oluwole Oke (PDP-OSUN) Chairman of PAC handed down the order while ruling on the failure of the FIRS boss to honour the invitation of the parliament currently probing the huge dwindling revenues of the Federal Government as reported by the office of the Auditor General of the Federation.

At the resumption of the Committee session on Wednesday, the FIRS boss was billed to appear before the Committee on non payment of taxes to the Government by three foreign firms, Indorama Petrochemical, Indorama fertilizer and Petrochemical Ltd and OIS Indorama Eleme Port-Harcourt but absent and sent a representation

Two of the firms were said to be enjoying duty waivers and capital allowances while the third one was said to be operating at the Export Free Zone in Port-Harcourt, Rivers State, thus causing huge loss of revenues to the nation

Following this development, the Deputy Chairman of the Committee, Hon Abdullahi Sa’ad Abdulkadir decried the absence of the FIRS boss at such an important hearing which would have assisted the Parliament in unmasking the sources of the leakages of Government revenues and blocked such once.

The Committee unanimously endorsed the motion and gave him 10.00 am Thursday to appear in person, failure which he would be sanctioned in line with the Constitution of the land.

However, the representatives of the FIRS boss, Mr Olusegun Olatunji pleaded with the Committee for the absence of his boss which he attributed to the lateness of the letter of invitation, but the Committee insisted that he must course appearance physically as earlier ruled.

The Chairman of the Committee, Hon Oke expressed dismay over the lukewarm attitude of the Heads of Ministries Departments and Agencies MDAs of the Federal Government to their constitutional responsibilities on accountability.

According to him, this Parliament is the symbol of democracy, we are the Representatives of the people, if President Muhammodu Buhari can course appearance before the Parliament whenever the needs be, why not his appointees? Enough is enough, if the FIRS boss can not perform his constitutional responsibilities again, he should turn in his letter of resignation immediately

” Is this how he wants to pay back the Mr President who gave him the appointment? The nation is losing billions of Naira from tax evasion on daily basis, and the man in charge is expected to come to the Parliament so that a solution can be found on how to stop the ugly development but he has refused to honor the invitation.

“Based on the seriousness of this, the FIRS boss is to course physical appearance before this Honourable Committee by 10.00 am on Thursday, we determined to stop this nonsense the nation is bleeding”