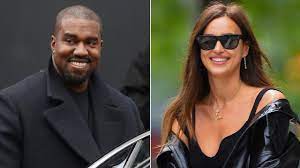 KANYE West was reportedly spotted with Irina Shayk on a romantic getaway in France for his 44th birthday.

The Yeezy mogul and Russian supermodel, 35, hung out at a luxury hotel in Provence in the south of France, according to TMZ.

The duo – who were first linked last month – seemed comfortable in each other’s presence as they strolled around the grounds of a boutique hotel, the outlet reported.

Kanye -who turned 44 on Tuesday – and Irina reportedly chatted and laughed and “looked very much like a couple”.

The pair were believed to have been joined by a group of friends as they took in the rural sights.

Kanye and Irina – who has a daughter with ex-Brandley Cooper – were first romantically linked late last month by US gossip site DeuxMoi, who claimed they were “dating”.

Sources exclusively told The Sun at the time that Kanye’s ex Kim Kardashian was not “upset or bothered” by the rumors.

“She’s not bothered at all about it, no one in her circle appears to care or believe it,” an insider said.

The source added: “Even if it is true, I doubt she’ll even be upset at this point.”

Irina’s connection to Kanye goes as far back as 2010, when she appeared in the music video for his song Power.

In the clip, the mother-of-one wears a revealing gold outfit as she kneels beside Kanye.

She also walked the runway for Kanye’s Fall/Winter fashion collection at Paris Fashion Week in 2012.

She rocked the T-shirt while on a walk in New York with Lea – the four-year-old daughter she shares with ex Bradley Cooper.

Irina and A Star Is Born actor Bradley, 45, split in June 2019 after four years of dating and they share custody of Lea.

As for Kanye, Kim filed for divorce in February after months of speculation that Their six-year marriage was over.

Sources exclusively told The Sun this week that Kim hopes the rapper moves o first and starts dating someone before she does.

An insider tells us: “It’s a tricky situation – I think Kim is hoping that Kanye dates first. She needs to know how he’ll react to her dating.”

“She also is very aware that whoever she is with next needs to be the right person.”

The source added: “She’s embarrassed over Kanye – and she knows how that reflects on her.”

Kim’s divorce filing comes several months after Kanye – who has bipolar – went on a series of rants during a presidential rally and on Twitter about Kim and her family.