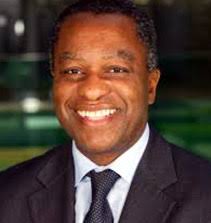 The Muhammadu Buhari administration, on Monday called for the understanding of the United States and other western countries that expressed their disgust for the suspension of Twitter operations in the country.

The administration’s foreign minister, Geoffery Onyeama made the appeal at a meeting with Ambassadors of the five countries on Monday.

The countries are the US, UK, Canada, EU and Ireland. The US Ambassador to Nigeria, Mary Beth- Leonard led the team to the meeting.

Beth Leonard said “I will say that first of all that we recognize that there are issues of responsible use of social media but we remain firm on our position that free access to the ability to express one’s self is actually very important perhaps on one part, but also at trouble times.”

She also advised the Nigeria government to identify those who commit crimes and use judicial processes to deal with offenders; adding “but to constrain, that is not the behaviour.”

The envoy also noted that they are glad to hear that Nigeria is interacting with twitter.

On the challenges confronting the country, she said, “I think we made that statement very clear that we are Nigeria’s strong partners. We recognise the daunting times in the area of security challenges that confronts Nigeria. Well they are daunting, they are not insurmountable and part of the way you surmount them is through partnership.”

Onyeama who noted that the meeting was meant to clarify the issues raised in the joint statement by the five countries said, “We are asking them to also support us as we confront all these challenges and we have listened to their opinions.”

He however stressed the message the government wants to send out which is, “keep an eye on the main objective of this government. You were all aware when Mr. President was elected, security was number one on the list of his priority and it is something he really wants to deliver for the people of Nigeria.