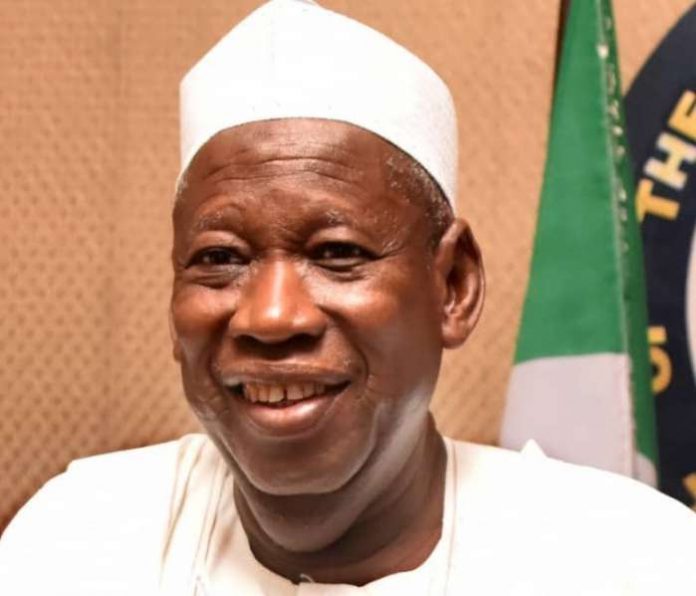 Kano State governor, Abdulahi Umar Ganduje, has alerted Nigerians that armed bandits have taken over forests in the state where they may be planning to carry out attacks.

The Kano governor who made the disclosure at the Defence Headquarters, where he met with the Service Chiefs, said the bandits are grouping in Falgore forest, even as the State government is working hard to open up the forests.

Though he assured of the commitment of his administration and the security agencies to sustain the relative peace in the state, the governor, while meeting with the Chief of Army Staff, Major General Farouk Yahaya, pleaded with the Nigerian Army to fast-track the establishment of a training Depot at the Falgore forest so that the military can take over the forest.

The governor however attributed the prevailing peace in the state to the cordial relationship between the government and security agencies.

According to him, “My visit here today is to condole with the Nigerian Army over the death of the former Chief of Army Staff Lieutenant General Ibrahim Attahiru and ten other officers. It was painful, it was untimely and sorrowful but we are consoled that they died in active service to the nation. I am also here to seek the help of the Nigerian Army to sustain the peace in Kano State; bandits have converted some forests in the state into hideouts.

“We are building houses, schools and hospitals for the herdsmen in some of the forests but we want the Army to commence activities at the Falgore forest.”

Responding, the Chief of Army Staff, promised to visit the Falgore and see ways work can resume on Army facilities in the forest.

He said that the Nigerian Army in synergy with sister Services and other security agencies is committed to defeating security challenges across the country.