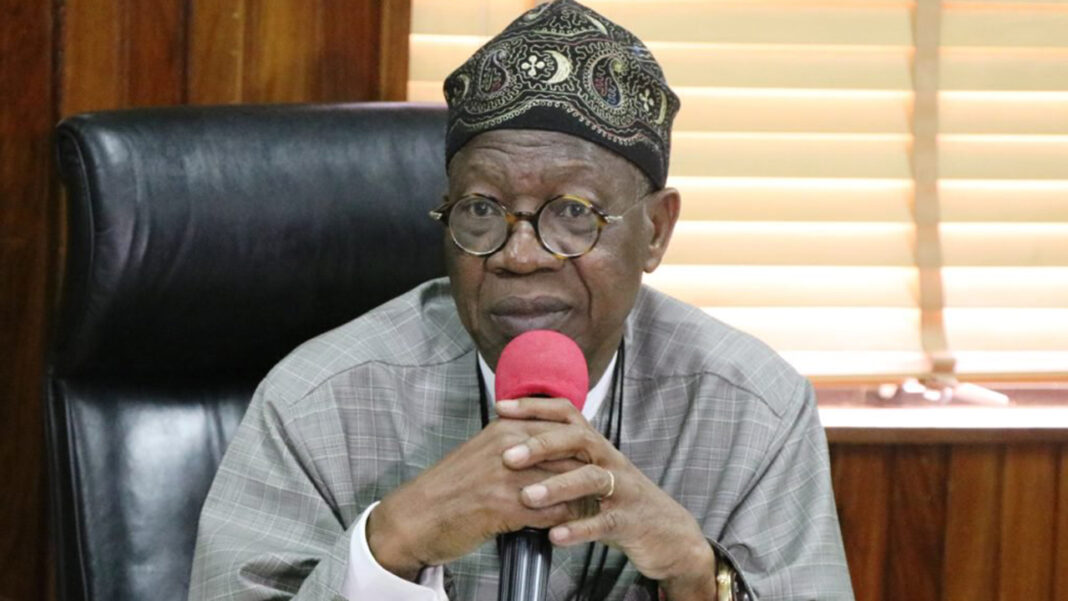 The Federal Government on Wednesday expressed its reservations about Twitter’s role in Nigeria’s domestic affairs, describing it as “suspect”.

Minister of Information and Culture, Alhaji Lai Mohammed, reacting to questions over the reported deletion of President Muhammadu Buhari’s tweets reminiscing Nigerians’ experiences during the civil war and warning to armed secessionists in the Southeast region of the country on Tuesday, said Twitter had not been fair to Nigeria.

According to the Minister, while the social media giant had conveniently ignored inciting tweets by the leader of Indigenous People of Biafra (IPOB), Nnamdi Kanu, and his cohorts, displaying the same biases it did during the #ENDSARS protest, where government and private properties were looted and set on fire, all in the name of right to protest, it found the President’s tweets offensive.

The President, in series of tweets on Tuesday, via his verified Twitter handle, @MBuhari, had tweeted “many of those misbehaving today are too young to be aware of the destruction and loss of lives that occurred during the Nigerian Civil War. Those of us in the fields for 30 months, who went through the war, will treat them in the language they understand.”

Reacting to Twitter’s action, Mohammed said “Twitter may have its own rules; it’s not the universal rule. If Mr. President, anywhere in the world feels very bad and concern about a situation, he is free to express such views. Now, we should stop comparing apples with oranges. If an organisation is proscribed, it is different from any other which is not proscribed.

“Two, any organisation that gives directives to its members, to attack police stations, to kill policemen, to attack correctional centres, to kill warders, and you are now saying that Mr. President does not have the right to express his dismay and anger about that? We are the ones guilty of double standards.

“I don’t see anywhere in the world where an organisation, a person will stay somewhere outside Nigeria, and will direct his members to attack the symbols of authority, the police, the military, especially when that organisation has been proscribed. By whatever name, you can’t justify giving orders to kill policemen or to kill anybody you do not agree with,” he said.