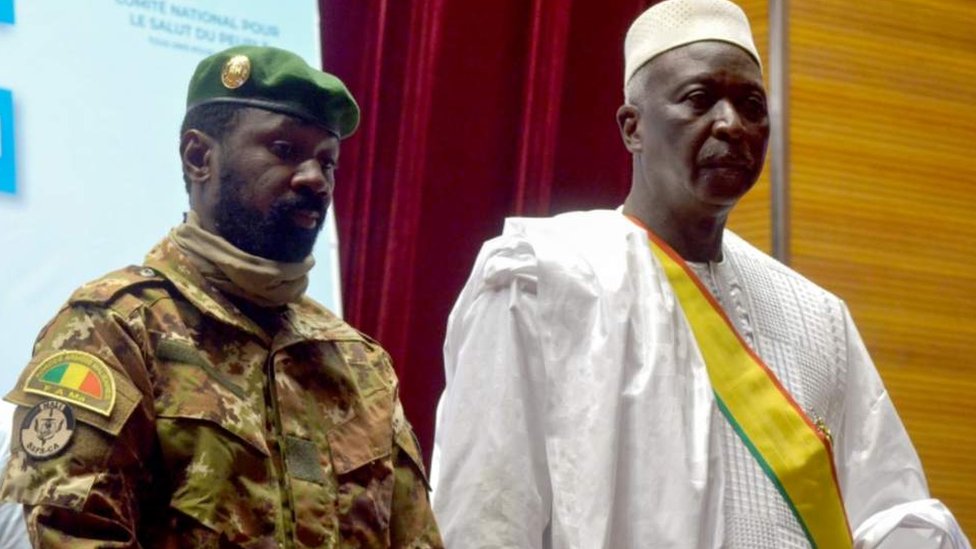 Interim President, Ban Ndaw of Mali, and his prime minister, Moctar Ouane have both resigned their positions in a new twist to the political crisis in the West African country.

This new development is coming two days after the duo were arrested by the military, led by the interim vice president, Assimi Goita, who lost his cabinet position, after a reshuffle by Ndaw.

Goita had described the reshuffle as a violation of the transitional charter which says he must be consulted before a cabinet overhaul is carried out.

“The president and his prime minister have resigned. Negotiations are ongoing for their liberation and the formation of a new government,” said Baba Cisse, an aide to Goita, in comments sent to Reuters by the military.

The resignations came during a visit by a delegation from the Economic Community of West African State (ECOWAS), which is pressing to resolve the stand-off.

During a meeting with Goita late on Tuesday, the delegation, led by former Nigerian President Goodluck Jonathan, raised the possibility of sanctions against the officers responsible for the takeover, said a military official who was present.

Mali’s neighbours and international powers fear the political crisis could further destabilise a country that Islamist groups linked to al Qaeda and Islamic State have used as a launchpad for attacks across the region.

Goita promised that elections planned for next year at the end of the transitional period would go ahead.

He also accused the government of mishandling the situation in Mali, including a strike last week by the main union. The union said on Tuesday it would suspend the strike in light of the political crisis.