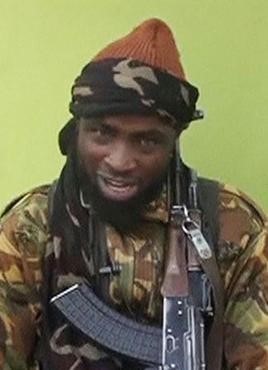 The US State Department yesterday tweeted that the Islamic State in West Africa Province (ISWAP), the ISIS-affiliated terror group whose confrontation with Abubakar Shekau led to the death of the dreaded Boko Haram leader, has declared that ISWAP should perish the thought of getting the $7 million reward for whoever captures or kills Abubakar Shekau.

“News reports today indicate that Boko Haram terrorist Abubakar Shekau blew himself up in a confrontation with ISIS affiliates. Hey, ISIS guys. To clarify: no – you are not eligible for the reward for information on his identity or location. That’s not how the program works,” the US State Department for justice tweeted.

On June 21, 2012, the US Department of State designated Shekau a Specially Designated Global Terrorist under Executive Order 13224. One year later, a $7 million bounty was placed on him.

“Abubakar Shekau is the leader of Jama’atu Ahl as-Sunnah il-Da’awati wal-Jihad, more commonly known as Boko Haram. Boko Haram, which means ‘Western education is forbidden,’ is a Nigeria-based terrorist organisation that seeks to overthrow the current Nigerian government and replace it with a regime based on Islamic law. The group has existed in various forms since the late 1990s.

“There are reported communications, training, and weapons links between Boko Haram, al-Qaida in the Lands of the Islamic Maghreb (AQIM), al-Shabaab, and al-Qaida in the Arabian Peninsula, which may strengthen Boko Haram’s capacity to conduct terrorist attacks,” read the statement Rewards for Justice issued when a bounty was placed on Shekau.

According to HumAngle, Shekau’s enclave was tracked down by ISWAP using its forces based in the Timbuktu Triangle. His fighters were killed in the process, followed by a long gunfire exchange between the invading group and Shekau’s bodyguards.

Shekau had been the leader of Boko Haram since 2009 following the death of the group’s founder, Mohammed Yusuf.

He had been rumoured to have been killed by the Nigerian military at least four times between July 2009 and August 2016.

In August 2016, the Nigerian Air Force had claimed he had been “fatally wounded” by military bombardments, but the terror group released a video only a month later showing he was alive.