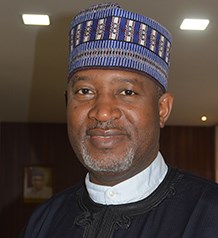 The much anticipated national airline will commence operations by the first quarter of 2022, Aviation Minister, Hadi Sirika disclosed this to State House correspondents on Wednesday after the Federal Executive Council (FEC) meeting presided over by Vice President Yemi Osinbajo.

Sirika said the private sector-run airline would be in operation by early 2022.

Recall that the name and logo of the proposed national carrier, Nigeria Air were unveiled at the Farnborough Air Show in the United Kingdom in 2018 with the government promising not to have more than 5 per cent equity in the company while private investors were expected to invest about $300 million, in the first instance.

The process was, however, suspended abruptly via a tweet by the minister on September 19, 2018.

“I regret to announce that the Federal Executive Council has taken the tough decision to suspend the National Carrier Project in the interim. All commitments due will be honoured. We thank the public for the support as always,” he had said.