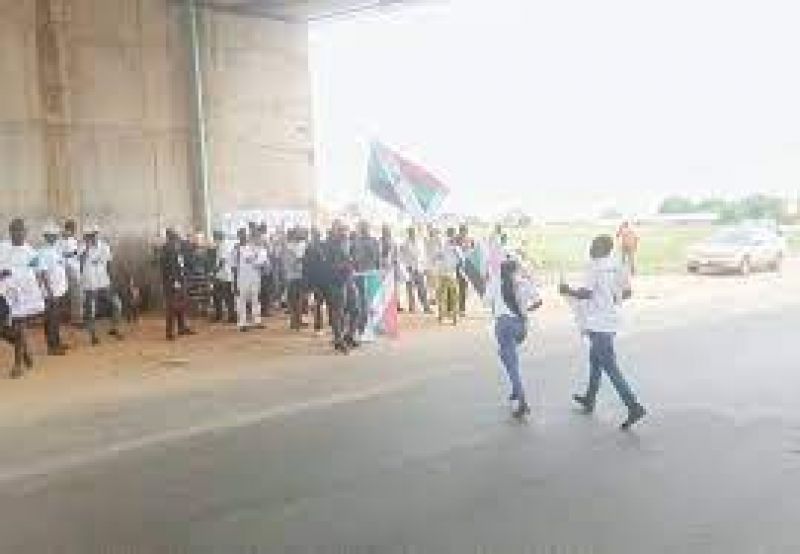 The protesters are demanding for a separate Oduduwa state, carved out if the present Nigeria political structure.

Igboho, who spoke at the venue of the mega rally, also demanded the release of operatives of the Oodua Peoples Congress who were detained for arresting notorious Fulani herder, Iskilu Wakili, in the Ibarapa area of Oyo State.

He was addressing the agitators when the scorching sunny weather turned cloudy at 2:25 pm.

He hurriedly addressed his supporters standing on top of a vehicle. When other leaders wanted to address the agitators, heavy rain started and it dispersed supporters from the venue.

The venue of the rally was heavy with the presence of operatives of the Nigeria Police Force as well as men of Nigeria Security and Civil Defence Corps (NSCDC).