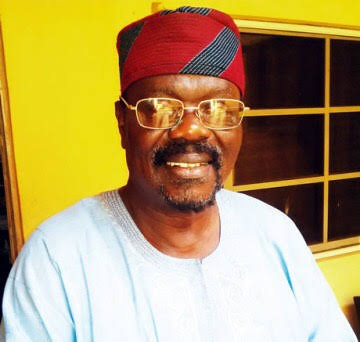 It is with great pain but with deep concern as a fellow human being and your age mate that I send you this private/public letter in the hope that you would be allowed to read it.

I am in pain because the country that Allah has placed on your laps to nurture and protect has virtually slipped out of your hand and is heading to ruins and destruction. Every index that makes a country lay claim to development, survival, safety and security, unity and understanding, and justice and equity has taken a flight under your watch.

You probably are not aware that the country called Nigeria is already up in flames. You may not be aware that you are being used by a clique of very powerful, egocentric and extremely wicked people for their selfish purposes and invidious agenda. And because the position at the top of the pyramid is usually lonely, lonesome, and inaccessible, it has been very difficult for you to know and feel what is going on down below. Those who are guarding the pyramid have made it extremely difficult for well-meaning individuals to have access to you or avail you a second opinion on several issues of state and statecraft.

Worse still, you are afflicted with serious health challenges as evident in the video clips of your brief appearances. You know that you are not well and this is why you have had to be confined to a hospital bed abroad for weeks and months on several occasions. Some of your ailments may not even be clear to you. You have been diagnosed, as reported, with dementia and Alzheimer; these are conditions that sufferers may not be adequately conscious of. But there is no big deal about being ill or having health challenges; most people, if not all, our age suffer one major health challenge or the other. It is only our reaction and management of these challenges that differ from one individual to the other.

You are, to put it bluntly, have been rendered a glorified but pitiable prisoner as a result of the aforementioned. Those who are using your office for their own selfish advantage have taken full possession of you and have unfortunately blinded you to the realities on the ground. Many atrocious and brutish atrocities are routinely committed in your name because they are fully aware that they would never be held accountable and that the buck stops at your table.

You have been literally handcuffed and manacled as a result of your situation and the only option open to you is to cry out to be released from the prison in which you are. Your entire personal staff cannot help you because they are afraid of the superior officers/officials who are wielding the awesome powers of the state hijacked from you. Even state governors are often bullied in your name.

Your ministers and other career politicians will rather die in office than have their current position terminated because your office is their mainstay and breadwinner. All the powers and privileges they currently enjoy and parade are at your behest. If for any reason you leave office today, they know their fish will be out of water.

In the meantime, Nigerians everywhere are all crying out to you to rescue the ship of state whereas you yourself need to be rescued and rescued fast from the clique that holds you by the jugular.

My hope and prayer are that your bold, brilliant and beautiful wife will summon the courage to read this letter to you. Or at least one or two of your children will let this letter reach you. They certainly are aware of your health challenges. They know that several of the do-gooders who are allowed on rare occasions to see you for photo-ups hide the truth from the public. They must know too that those on such rare occasions who are allowed to see you say unpalatable things behind your back.

In the name of Almighty Allah, the Most Benevolent, the Most merciful, let people of a good conscience, led by your wife and children urgently release you from the world’s most guarded prison and take you back to Daura for needed rest and fresh air, or better still, take you to Germany or the UK for critical medical attention and total rest. That is all you need at this stage of your life, sir.

You have had a distinguished career as a soldier, officer, and Military Head of state. Allah has been most kind and generous to you. Please do not allow those who are embarking on a ruinous path to donate unenviable epitaph to you.

No nationality in this 21st century can subjugate about 300 other nationalities in Nigeria. The once-upon-a-time Great Britain is sliding to become ordinary England once Scotland and Wales regain their independence and Northern Ireland reunites with its southern kith and kin. And Saudi Arabia, with all its petro-dollar and United States awesome firepower, has not been able to subjugate tiny Yemen.