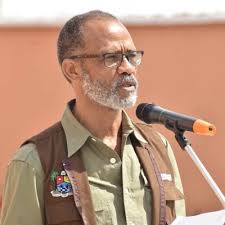 The Lagos state government has placed fourteen countries, including Canada, the United States, France and Germany, Brazil and Turkey on its Covid-19 watchlist as a proactive strategy to prevent a third wave of Covid-19 infections in the state.

This was disclosed at a media briefing on Wednesday by the state’s commissioner for health, Professor Akin Abayomi.

Mr Abayomi explained that inboound travellers using the Lagos airport have been grouped into three classifications. These include the Red countries, the Amber countries and the Green countries.

In the Red group are India, Brazil and Turkey where new variants of COVID are causing an increase in infection rate.

“From the Lagos perspective, we’re also looking at what we describe as Amber Colour countries, where we know that mutants are circulating. And this is important for us to be able to define how strict our monitoring of your isolation at home and how your testing is performed. We are monitoring countries where we know the mutants are circulating, but the situation is still severe,” he said.

According to him, the ‘amber countries’ are Canada, US, France, Germany, Netherlands, Togo, Ghana, Cameroun, Angola, South Africa, Kenya, Uganda, Tanzania, and Rwanda.

He listed the ‘green countries’ as countries with no records of variants from red countries and no clear increase in the number of daily confirmed cases.

“Our protocol for management of inbound passengers from the Red Countries will include: a mandatory PCR test 72 hours before departure, PCR test post arrival and a 14-day isolation in a government approved facility paid for by the passenger,” he said.

“Passengers of interests from the Amber Countries are also required to do PCR test 72 hours before departure, PCR test post arrival and a mandatory seven days isolation at home which will be monitored by our logistics, surveillance and EkoTELEMED teams.”