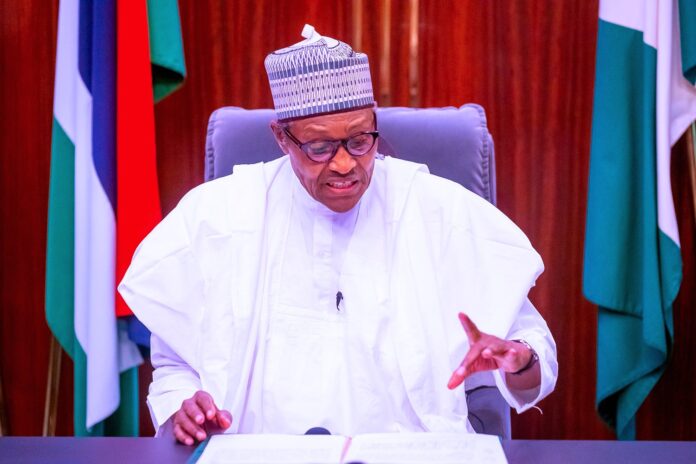 President Muhammadu Buhari on Tuesday directed security agencies to move in and rein in confront the recent spike in social unrest and violent crimes in the South-East and South-South geo-political zones of the country.

This was disclosed by the acting Inspector-General of Police, Usman Baba, at a press briefing shortly after the National Security Council meeting presided over by President Buhari at the Presidential Villa, Abuja.

Flanked by the National Security Adviser to the President (NSA), retired Maj.-Gen. Babagana Monguno and the Chief of Defence Staff, Gen. Lucky Irabor, IGP Baba said the Buhari has approved new operational strategies to contain lawlessness in the two regions.

He said: “We have some measures which we have outlined and have been approved by the Council and we’ll see how we can change the narrative within the quickest possible means to restore law and order and restore peace in that area.

“We solicit all law abiding citizens to work with us to identify and deal with the situation. That is that, I may not go into the details of how we will do that.”

On his part, the NSA disclosed that President Buhari had directed security agencies in the country to deal decisively with those perpetrating violence or causing mayhem in any part of Nigeria.

According to him, the president will not relent in his duty of ensuring every Nigerian is protected.

“What I am saying has to do with the orders given by the President, Commander in Chief to the Chief of Defence Staff, including the Service Chiefs, including the Inspector General of Police.

“I do not think I will want to go into details of the new measures.

“We have decided not to go along the path that we followed in the past whereby, certain operation and tactical decisions were made public; of course, we are in a situation whereby, we are fighting enemies that are not really known.

“The important thing is that the President has given us marching orders to deal physically with the emerging problems and of course, dealing with it from the realists’ paradigm,

“President Buhari‘s approach to dealing with this problem basically is that he recognises that his primary responsibility is ensuring national survival in a hostile environment.

“Whether that hostility is domestic or external, it has to be suppressed and therefore, he has given a clear line of action to the operational elements under the leadership of the Chief of Defence Staff,” he said.

According to the NSA, dealing with the current security challenges remains a priority, in order to return and sustain peace in all troubled parts of the country.

“The most important thing is that we have to subjugate all other requirements in order to deal with the present crisis of insecurity in the country.

“All other national objectives and obligations have to be subordinated to the primary concern of bringing back security and normalcy to the Federal Republic of Nigeria and allowing the entire citizenry to undertake their legitimate obligations without any fear of being intimidated or coerced by non-state actors,’’ he added.

Irabor also pledged more commitment and professionalism from the Armed Forces, as they tackle the nation’s security challenges, adding that peace would surely return to the troubled areas of the country.