The Voice Nigeria: FirstBank imprints in entertainment and youth development 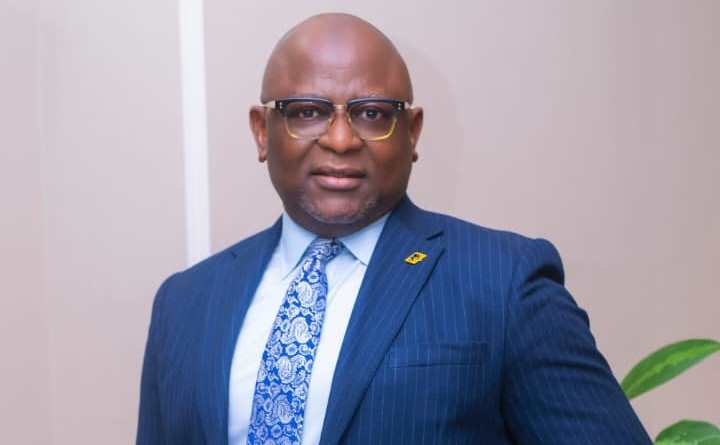 One of the key metrics that well defines a truly 21st century brand beyond profit making is its ability to connect with customers and stakeholders as a complete enabler, touching on vital aspects of their lives, creating exciting memories and enabling them to access more enjoyable and convenient lifestyle, in shopping, studying, working, traveling, family living, entertainment and aspirations.

Its ability to also give back to the community through tangible corporate social investment programs that significantly translate to improved living and not just mere formality and publicity stunts is also pertinent.

First Bank of Nigeria Limited (FirstBank) is giving a good account of itself in this regard not only as a truly financial powerhouse but also as a life enabler, helping Nigerians live better and achieve their dreams.

In retrospect, banking, decades ago, was essentially about providing financial services and products to merely aid customers’ financial transactions. However, the smart ones are indeed changing the game. Not only is the envelope being pushed to ensure that the unbanked are banked through financial inclusion offers even to the remotest villages, FirstBank has taken banking to another level. Backed by superior technology firepower and capacity, it is assisting not only adults but also Nigerian youths to live better and fulfil their dreams.

The Nigerian nation and the most populous black nation of the world indeed has a youths bulge as observed by many experts with a growing army of young and vibrant people below 25 years of age constituting over 60% of its 200million population! While an unrelenting rate of unemployment, weak economy, soaring inflation and despair appear to dominate the national mentality, many youths are finding solace in entertainment, breaking the ceiling with their creative ingenuity, shunning out award winning hits and in fact making global headlines in music and other entertainment offshoots like movies, comedy skits and contemporary dance.

Nigeria’s 29 year old singer, Damini Ogulu popularly called Burna Boy in March shocked the world winning the world’s most coveted Grammy Award in the Best World Music category during the 63rd annual edition in Los Angeles Atlanta while another 30 year old Nigerian artiste, Ayo Balogun aka Wizkid was also a co-winner in the Best Music Video category for Beyonce’s Brown Skin Girl. These young Nigerian global music icons were raised and honed their skills in the suburbs of Nigeria through home grown competitions and platforms.

Music reality shows have also unveiled and nurtured music and entertainment talents like Timi Dakolo, Iyanya, Praise, Omawumi and other A-list musicians in Nigeria. This is why FirstBank’s intervention and sponsorship of a music and youths talents harnessing platform like The Voice Nigeria is strategic and instructive, and quite capable of helping to harness and nurture music and entertainment talents into celebrated musicians, make global stars of Nigerian youths, and truly help them achieve their dreams. Obviously, Firstbank has been a prominent force visibly empowering talents and the nation, and without the much-needed lifeline, many young talents would be taking to crime or other vices.

For over 127 years, the premier bank has been at the forefront of nation building; supporting through resourceful partnerships to build the Nigerian creative industry value chain which contributed 2.3 per cent (N239 billion) to Nigeria’s GDP in 2016 (NBS).

The bank’s support for the Voice Nigeria is also a demonstration of its commitment to contributing to the projected revenue of US$86m by 2021 from the Nigeria’s music industry aimed at promoting a diversified economy in line with the Federal Government’s diversification policy.

The bank assured that it has given voice to Nigerians for the past 127 years, and will continue to give voice to Nigerians by creating employment, economic empowerment in the country through its products, services and initiatives and it remains committed to strengthening the creative industry which is fast growing into a multibillion-dollar business, with potential to be a leading contributor to Nigeria’s GDP in the near future.

In fact, FirstBank has the network; reach and digital capability to enable the Voice. With its agent banking network across the nooks and crannies in country, it is helping in the search for the talent that will become a true inspiration to all.

True to the name, the Voice Nigeria has lived up to its promise, as it offers exciting and relaxing entertainment to families, music lovers, and other entertainment loving Nigerians who look forward to fresh seasons and episode of the well-crafted music program.

Now in its season 3, the Reality TV show has been a masterpiece in the last six episodes of the current season as viewers are serenaded by several awesome performances and display of raw talents on the show’s blind auditions which ended on Saturday, May 1. The episode ended with raging emotions, exhilarating sensations and blistering anticipation as the four judges – Falz The Bad Guy, Waje, Yemi Alade and Dare Art Alade had one final opportunity to forge their winning team.

So far, the coaches, hosts, producers and amazing talents have been a great delight to watch. They have been awesome with their good-natured banters, hilarious drama, top-notch fashion, electrifying opening performances, talent courting speeches, and chair turning and bell thumping spectacle. The optics is exciting! The expectation on the show has been so intense; you could cut with a butter knife. The coaches’ approach at winning talents over to their team has been fun and a fine blend.

There were no holds barred, as the judges were very warm, animated, upbeat, inspiring and full of energy. They were definitely not a team of avuncular examiners waiting to pass judgments. They brought much gusto and effect to the big stage! While Falz threw up his magical comic card severally, Dare maintained the cool dude posture while Yemi and Waje both brought on the alluring feminine appeal with Waje sometimes speaking in Igbo to convince a talent. In all, they fared well, each getting a fair share of talents to mentor and their combination depicted a perfect combo.

The talents on their part have not disappointed viewers. They came in different shades across both genders, with varying voice textures, mix and pitches – smooth, silky, velvet, shrill, husky, coarse or simply rough. And to the best of their abilities, they did justice to many songs, including some classic tunes and old hits. The creative fusion of multiple genres of music by some smart talents who beautifully delivered unique blend of music made good impressions which won the judges hearts. The awful looks on the faces of those who the judges would simply not behold, having failed to captivate their attention with the voice. The uncontrollable joy of those who got the bell ring and standing ovation and the incredible looks on their loved ones who came to show support. Not forgetting the jazzy presence and reassurances from the co-hosts including Toke Makinwa and Nancy Ikime which also complimented the soothing potpourri.

Interestingly, FirstBank made some smart moves on the show, with the bold inscription of “This is the moment you have been waiting for, Time to put You First”, clearly displayed at the entry of the contestant for the stage performance. This reinforces the bank’s thrust as an inspiration to motivate the talents and youths at large to excellence. It has also promised viewers mouth-watering prizes just by watching the show regularly and following updates on FirstBank verified social media handles.

Now that the Blind auditions stage has come to an end, it is game on! The next phase of the show is the highly anticipated Knockout Stage which starts on May 8. In this stage, the coaches will select the most outstanding talents to proceed to the battles. In this stage, there is so much to come and fans will certainly not be ready for all that is in store.

More than ever, the show’s fans are hopeful that the knockout stage will even be more entertaining but that will certainly not be a challenge with the dexterity of the handlers so far.

With all that has been seen so far, it is difficult to believe that this is only the beginning; it is certain that there is so much more to come.