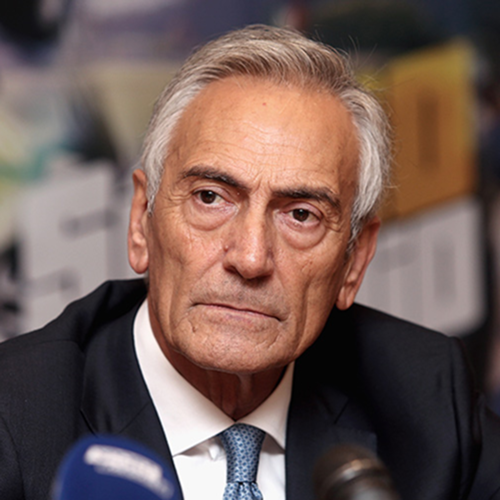 Italian FA president, Gabriele Gravina has warned Italian football giant, Juventus that it would be kicked out of the Serie A if they do not quit the European Super League.

Juventus and the two Spanish powerhouses, Real Madrid and Barcelona last week defended their decision to be part of the breakaway Super League. The trio are the only teams left from the initial 12 yet to withdraw from the proposed League.

President Gravina is not taking it lightly with Juventus with his chilling threat:

“The rules are clear. If a club is still part of the Super League project, they can’t play in Serie A.

“It would be sad for the fans, but the rules are the same for everyone.”

Speaking to RAI’s Radio Anch’io Sport, he added: “Those who don’t respect the principles to which they must be inspired.

“They are simple principles, affirmed by the Olympic Charter and then reported by the statutes of national and international federations.

“They are clear principles, in which the exclusivity of sport management is established. I hope that this dispute can be resolved as soon as possible.

“We are all a bit tired of this tug-of-war between Uefa and these three clubs. I hope to be able to mediate between Juventus and Uefa.

“It’s not good for international football, Italian football, Juventus. We have already said that the football association respects the rules.

“The rules foresee the non-participation in our championship if the principles established by the federation and Uefa are not accepted.”

Juve, Madrid and Barca have all blasted the ‘intolerable’ pressure and threats to abandon the ESL project over the weekend.

And all three have vowed to ‘persevere’ with the plan despite its considerable rejection.

They issued a joint statement on Saturday that defended their desire for the ESL’s formation and expressed ‘regret’ at seeing the other nine teams drop out and recommit to Uefa.

Uefa have vowed to take ‘appropriate action’ against the trio over their role in the fiasco, which was instantly condemned by the rest of the footballing world.

However, Juve, Madrid and Barcelona all warned Uefa to back off as they expressed their hopes to be able to discuss solutions to the ‘systemic crisis in the football sector’.