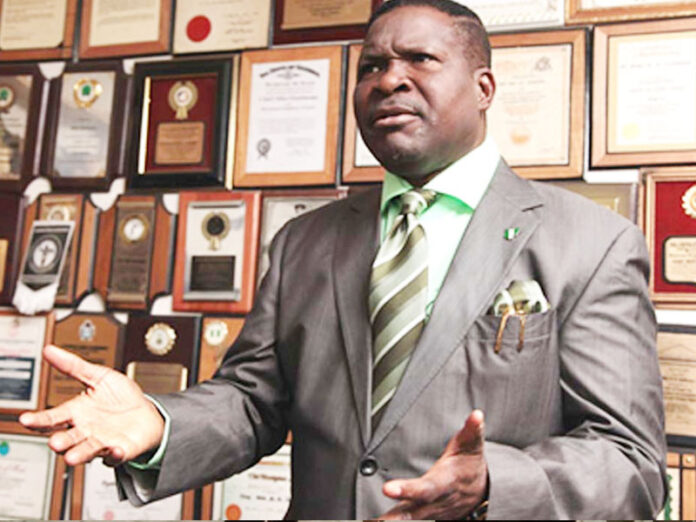 The appointment of Usman Alkali Baba as the acting Inspector-General of Police by President Muhammadu Buhari has elicited a sharp rebuke from human rights lawyer, Mike Ozekhome (SAN).

Ozekhome described the appointment of the former DIG as unconstitutional and nepotistic, in a statement titled, ‘Buhari’s Northernisation of the Nigeria Police Force’

Ozekhome said “paragraph 7 to the 3rd Schedule of the 1999 Constitution is very clear on how a new IGP should be appointed.

“He can only do so in conjunction with the Nigeria Police Council comprising of Mr President as chairman, all the 36 state Governors, the Chairman of the Police Service Commission and the IGP.

“Such an appointment as just happened before the new Acting IGP is capricious, arbitrary, whimsical, unconscionable, illegal, unlawful, wrongful and unconstitutional. It eulogises strong men rather than strong institutions.

“By the way, can’t President Muhammadu Buhari for once, just for once, in his opaque appointments look beyond his religion and immediate and forsake sectionalism, cronyism, prebendalism, tribalism, favouritism, and act as a true statesman?

“Is he truly saying he cannot trust any of the other over 15 million Nigerians who voted for him, or that he cannot find any of them that is qualified to be made an IGP? I thought gleefully told Nigerians on 29th May, 2015, while taking his first oath of office, that he was for “everybody and for nobody”? So, Buhari had actually deceived Nigerians and is desecrating his solemn oath of office?