Insecurity: Bishop Kukah warns about the dangers ahead 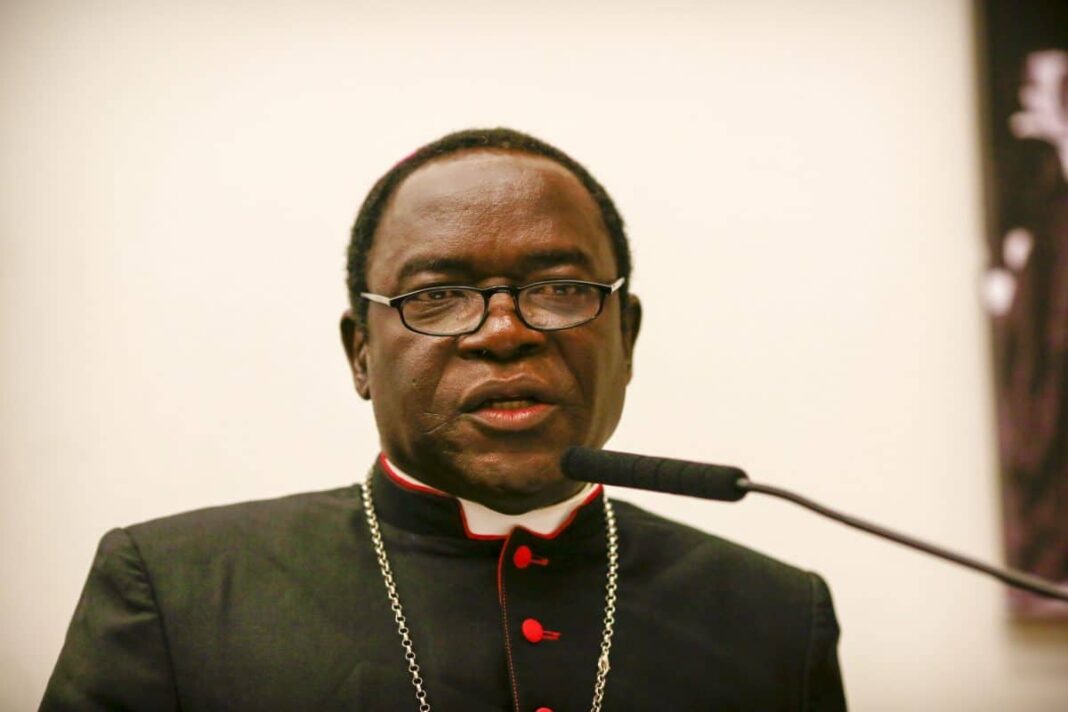 Fiery Catholic Bishop of Sokoto Diocese, Rev. Hassan Mathew Kuka on Monday warned that unless the Buhari administration takes decisive action to stem the tide of insecurity in the country, Nigeria, as we know it today might cease to exist.

He said issues associated with insecurity, separatist agitation and poverty would have to be addressed in order to avert Nigeria’s date with destiny.

Kukah, who stated this in his Easter message entitled:Nigeria: Before Our Glory Departs, which was made available to journalists by the National Director, Social Communications, Catholic Secretariat of Nigeria, Padre Mike Umoh, in Abuja, Nigeria warned that Nigeria has a date with destiny. “If we do not turn around. The axe is already laid to the roots of the tree”.

He said: “Taunted by Boko Haram, ravaged by bandits, kidnappers, armed robbers, and other merchants of death across the nation, there is the collective fear as to whether Nigeria’s glory is about to depart!

“Retired military and intelligence officers lament over what has become of their glorious profession as they watch the humiliation of our military personnel. Traumatised citizens are tortured daily by bandits.

“The nation has since become a massive killing field, as both government and the governed look on helplessly. A thick and suffocating cloud of desperation, despondency, desolation, gloom, and misery hangs in the hot air.

“We have no message and have no idea how long this will last. Our people seek solace and protection, but frustration and darkness threaten to drown them. Is their government on AWOL?

“Two weeks ago, I came across a video in which a very frustrated Muslim cleric, addressing a Muslim audience, lamented: ‘If you killed 200 chickens in the farm of any of the big farmers, you will be dealt with. But today, we are being killed. It is your fault. On the day of elections, you say, it is Jihad! Christians will take over Nigeria! Ok, the Christians did not take Nigeria. It has been left in the hands of those who sit and see us being killed. If we are killed, the head says, God, forbid! He was not elected to say God forbid. This imaginary jihad won the elections now where are the jihadists?’ The lesson here is that politicians will use religion to mobilise for elections, but they cannot use it to govern.

“The Catholic Bishops’ Conference of Nigeria weighed in with a strong statement on February 23, 2021, titled, ‘We Must Pull Back from the Brink of Collapse’, sadly, all of the warnings are still falling on deaf ears. “When governments face legitimacy crises, they fall back on serving the sour broth of propaganda, half-truths, and outright lies.

“They manufacture consent by creating imaginary enemies, setting citizens against one another by deploying religion, ethnicity, region, and other platforms while appealing to the base emotions of patriotism. We forget the reality that without truth, the throne of power often turns into a cage, and the occupant is turned into a prisoner. In reality, the truth needs neither a judge nor a witness. The truth is its own judge and witness. Without the truth, as the old song says, all else is sinking sand!

“According to the World Happiness Report, we are one of the unhappiest nations in the world. This is unacceptable but understandable. Our clay-footed fight against corruption has not moved the needle of transparency forward. Of course, being the poverty capital of the world comes with its rewards such as banditry, violence, death, sorrow, blood, poverty, misery, and tears. Our cup of sorrow is permanently full; hence the exponential rise in the frustration curve across the country.”

Kukah, while regretting that human life was haemorrhaging so badly in Nigeria, said that the greatest tragedy in the nation was the death of empathy from those in power.

“Mysteriously, the government is investing billions of naira in rehabilitating so-called Boko Haram repentant members and their other partners in crime in the belief that they want to turn a new leaf. These criminals have waged war against their country, murdered thousands of citizens, destroyed infrastructure and rendered entire families permanently displaced and dislocated. Why should rehabilitating the perpetrator be more important than bringing succour to the victims?

“When kidnapped or killed, victims and their families are left to their wits. They cry alone, bury their loved ones alone. And our government expects us to be patriotic? The victims of violence need empathy, which the dictionary defines as the ability to understand and share the feelings of the other.

“A critical deficit of empathy on the side of the government makes healing almost impossible for the victims. We have not heard anything about a rehabilitation programme for the thousands of schoolchildren who have been victims of abduction. We seem to assume that their return to their schools is sufficient.

“Left unaddressed, the traumatic effect of their horrors will haunt them for a long time. Tomorrow’s parents, military generals, top security men and women, governors, senators, and ministers will come from today’s pool of traumatised children. The security quandary is the greatest indictment of this government.

“Nigeria must now ask itself: What is left of our glory? Where are the values that held us together? Continuing. On our national Coat of Arms, we profess our motto to be: Unity and Faith, Peace and Progress. But let us ask ourselves: Is Nigeria united today? Do citizens still have faith in the country? Where are the signs of peace or progress?

“Day by day, Nigeria drifts irreversibly into a dark tunnel. Things are falling apart with unnerving rapidity because those who govern have only a pact to protect their interests. Politics is merely its conveyor belt of ambition. Nigeria has a date with destiny. If we do not turn around. The axe is already laid to the roots of the tree.

“With some chance, we might pull through this, but it is getting tougher each passing day. Does anyone remember where we started and how we got here? On May 29, 2015, President Muhammadu Buhari, at his swearing-in as President of Nigeria, said: Boko Haram is a typical case of small fires causing large fires.

“Now, before his watch, the fires are consuming the nation, and in many instances, they indeed start small. The rumblings over the wearing of a hijab in Kwara State suggest that we have not seen the end of individuals sacrificing national cohesion to feed their personal ambitions by starting small fires.

“Most politicians hardly think through the long-term effects of these pyrrhic victories of using religion. What started as a small fire with the adoption of Sharia in Zamfara in 1999, spread across the northern states. Ordinary people broke into ecstatic joy. Today, what has become of the north? What are the lessons?

“In all, Nigeria’s troubles are growing by the day, but our hands must remain stretched out in supplication. As Christians, we do not trust in God because we cannot revenge. We do not revenge because we trust in God. The Lord will fight for you; you need only be still Have hope and be cheerful.

“It may sound strange, but for us Christians, the celebration of the resurrection of Christ is the greatest assurance that all these will pass away. This is not a call for us to simply sit on our hands or believe we can pray our crises away. We must remain steadfast.

“No matter the provocation, we must arm ourselves with the weapons of truth, the Word, the Spirit, and love. At the heart of Christianity are Truth and Love. A very happy and peaceful Easter to everyone.”