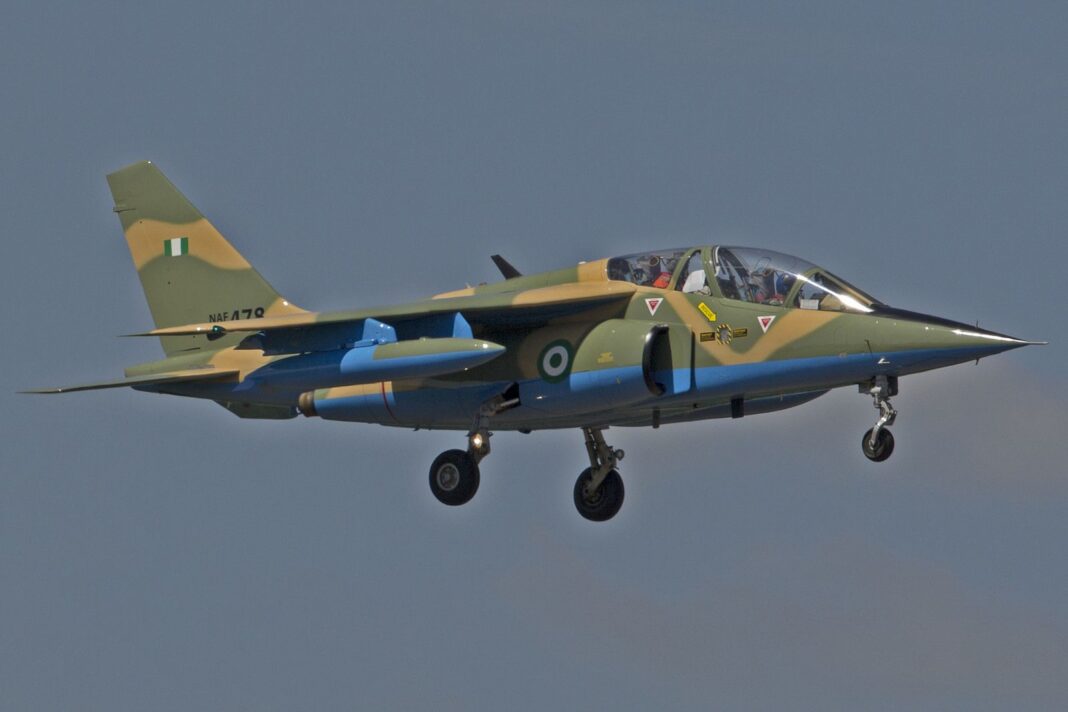 The Boko Haram terror group has taken its war against the Nigerian State a notch higher by shooting down an alpha jet declared missing by the Nigerian Air Force on Wednesday.

In a seven-minute, thirty seconds video, the jet was seen flying low to the ground while the insurgents shot at it.

The jet went missing on Wednesday evening while carrying out a mission against the terrorists in Borno State.

Fedredsnews had earlier reported Air Commodore Edward Gabkwet, spokesman for the Nigerian Air Force had, on Friday morning, declared that the jet may have crashed.

“Intelligence report gathered by the Nigerian Air Force (NAF) indicates that the Alpha Jet aircraft (NAF475) that went off the radar with 2 crew members on board on 31 March 2021 might have crashed,” he said.

Earlier on Thursday, Gabkwet said the alpha jet lost contact with the radar in Borno State during the flight.

He said the plane disappeared “while on interdiction mission in support of ground troops. The mission was part of the ongoing counterinsurgency operations in the North East.”

Premium Times quoting an online newspaper, Humangle, said the terrorists were seen in the video shooting down the aircraft while it came down in flames.

Another terrorist was also seen standing on the aircraft while speaking in Hausa and English.

The plane was reported to be heading to that destination to conduct surveillance missions over Niger State and its environs in connection with the efforts to secure the release of the student and staff abducted from the Government Science College Kagara, Niger State.