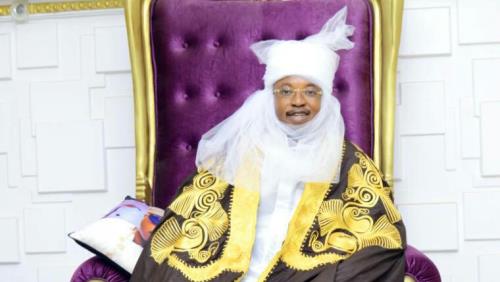 Youths across communities in Iwo, Osun State have protested the blanket invitation extended to Fulani herdsmen to settle in the ancient town by the paramount ruler of Iwo, Oba Abdulrasheed Akanbi.

The youths said the rate of influx of herdsmen into the community is alarming.

Addressing a Press Conference under the aegis of Iwoland Concerned Youths, its President, Taiwo Ewonda disclosed that there is an influx of unknown herdsmen into the community since the blanket invitation by the monarch and urged the state government to take urgent steps to halt the trend.

Oba Akanbi had in a statement on Friday, February 19 disclosed that Iwo is ready to host more Fulani herdsmen and urged repentant herdsmen to relocate to the town.

But Ewonda said the invite has led to an unexpected influx of unknown herdsmen into the community, making Iwo a security threat.

It reads, “While it is expressly agreed that the operational Constitution of the Federal Republic of Nigeria is magnanimous enough to have allowed the freedom of movement and domiciliary in any part of the country by the indigenes of this nation, such constitutional liberty should, however, not be a licence for visitors to be burdensome in another land.

“We are genuinely worried by the unexpected and injurious recent pronouncements of some leaders and traditional rulers of our community which are tilting towards threatening of the subsisting peace in our community.

“Equally worrisome was the recent open invitation needlessly extended to the Fulanis by a revered traditional ruler in our community which has formed the pedestal for the influx of Fulani herdsmen into our constituency of recent like never before.

“It is our observation that this intended royal tact of extension of a blanket invitation to Fulani herdsmen is less thoughtful which is capable of rocking the subsisting peace of Iwoland.