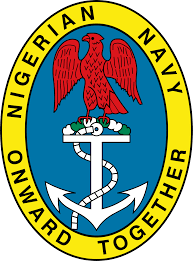 The authorities of the Nigerian Navy (NN) has carried out a major reorganisation of its top echelon following the appointment of Rear Admiral Awwal Zubairu Gambo as the new Chief of Naval Staff.

According to the statement released by the Director of Information, Naval Headquarters, Commodore Suleman Dahun, the shake-up affected 60 Real Admirals, 123 Commodores, as well as 74 Captains.

Rear Adm. Abdullahi Adamu, has also been appointed as Chief of Defence Administration, Defence Headquarters. While Rear Adm. Oladele Daji, resumes as commandant, National Defence College, from the Western Naval Command, where he was the Flag Officer Commanding.

Rear Adm. Bamidele Oluwagbamila, has  been re-appointed as Director of Research and Development at the Naval Headquarters, while Rear Adm. Tanko Pani, the immediate past Chief Staff Officer, Western Naval Command, is the new Admiral, Superintendent Naval Ordinance Depot.