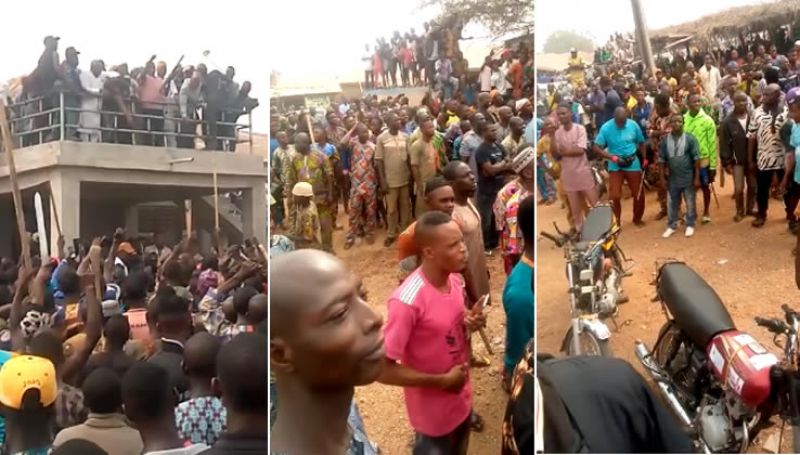 The Ibarapa community and indeed, the whole Oyo State wore a celebratory mood on Sunday as the news of the arrest of Fulani terrorist and kidnapping kingpin, Islilu Wakili filtered out.

Reports indicate that the operation involved a combined team of Ibarapa security operatives, including Oodua Peoples Congress, vigilante, and other groups, according to reports.

Wakili and his gang accused of culpability in the killings and kidnapping of several people in Ibarapa, Oke Ogun, Oyo State was arrested after several attempts resulting in a gun battle, was reportedly nabbed barely seven days after his second-in-command, Isiaka Muhammadu, was arrested alongside four others.

The Aare Ona Kakanfo of Yorubaland, Gani Adams, who confirmed Wakili’s arrest in a statement through his spokesman Kehinde Aderemi, on Sunday, said the Fulani warlord was arrested around 7 am on Sunday and had been handed over to the Divisional Police Office in Igbo Ora, Oyo State.

The statement entitled: Insecurity: Gani Adams applauds OPC, Ibarapa joint security team over arrest of Kidnap kingpin Wakilu, three others in Ibarapa, quoted the Aareonakakanfo of Yorubaland as describing Wakili as the ‘most-dreaded, notorious kidnap kingpin’ that has operated in Oyo State.

“I am happy that the notorious kidnapper had been captured alongside three others. It is a good development and a positive signal to other criminal elements that the South-West is no longer an abode for bandits, kidnappers, and criminal herders.

“I commend all the members of the joint security team that has made this possible because with the video at my disposal, it was purely a neat job. With this development, I think the whole world will agree with me that the fight against insurgency, kidnapping, and banditry needs native intelligence, information gathering, and grassroots support from local securities and operatives.

“As I have said earlier that the effort to rid the South-West of bandits and kidnappers was to complement the efforts of the police and in doing that, it is also very important for the police to support the local security operatives because they are always at the grassroots and they have their ears to the ground on local security matters.”