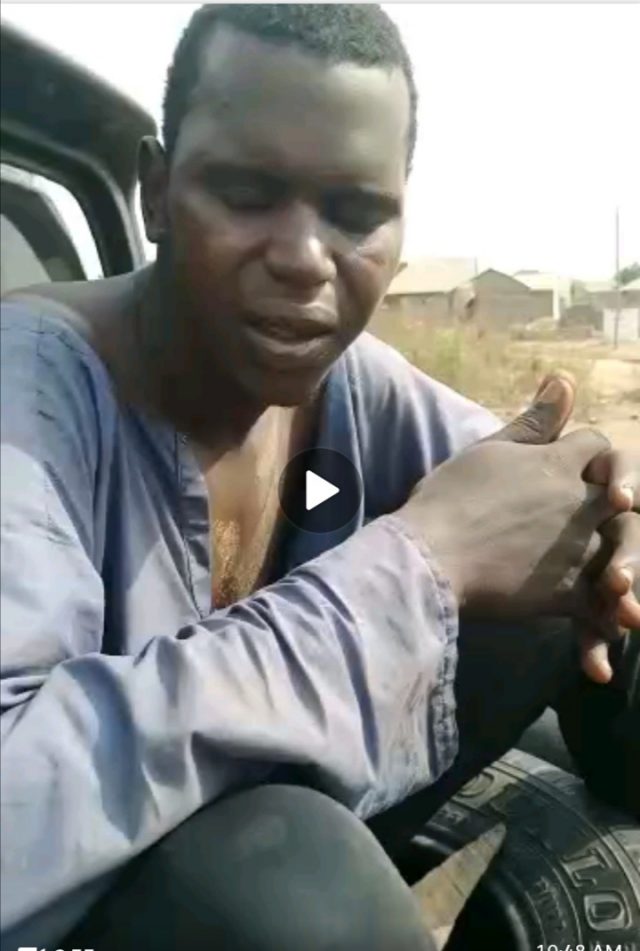 The notorious Fulani warlord who killed ad maimed with daring effontry and crude savegry was arrested on Sunday by members of the Odua Peoples Congress.

Wakili became the most feared bandit in Ibarapa after the eviction of the Seriki Fulani, Abdulkadri Saliu, from Igangan also in Ibarapaland by fearless Yoruba self-determination activist, Sunday Adeyemo, popularly known as Sunday Igboho.

However his reign of terror came to a juddering end Sunday morning when a detachment of Iba Gani Adams’ OPC personnel swooped into the community to arrest Wakili, who had long boasted he was untouchable.

Unconfirmed reports said he has since been handed over to the police.

Wakili established no cross-zone on farms to send warnings to the people of the town that he cannot be evicted, which his men enforced by shooting at farmers who trespassed the no cross-zone.

Wakili worked with dozens of other bandits who are his disciples and together, they seized hectares of farmlands at Ayete, raped the women in the rustic town, and kidnapped their rich men for ransom.

The man was so audacious that renamed the overrun settlements to bear his name. People now call the conquered places ‘Iga Wakili’.