I was Covid-19 positive, Obasanjo reveals 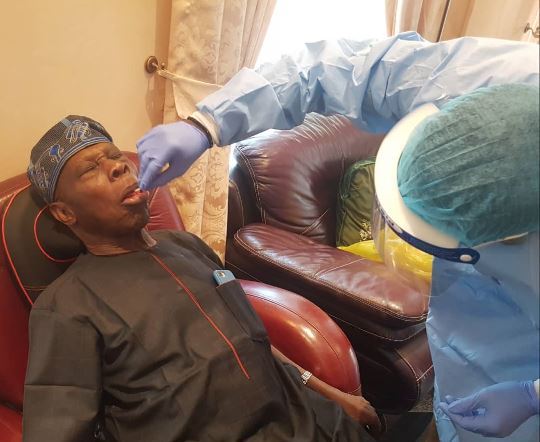 Former President Olusegun Obasanjo, on Friday, disclosed that he once tested positive to the dreaded Coronavirus that has killed more than 2.5 million globally.

He said this during his 84th birthday reception on Friday. He however, said he tested negative 72 hours after his first test.

“It will surprise you that I was tested positive for COVID-19.

“I called them to come and test me, they came on a Saturday, I didn’t get the result until Wednesday and it came out positive but I didn’t see any symptoms.

“My daughter, Iyabo, is an epidemiologist and I called her to explain, she said maybe they tested me at the later stage of my being positive.

“I told her that I had no symptoms and she said it could be a faulty result.

“But I was tested positive. Since then, I have tested three times negative; so, if you want to come near me, you can come near me.

“It is nothing to worry about, when I was tested positive, my household was running from me, I told them to stay in their place while I stay in mine.”