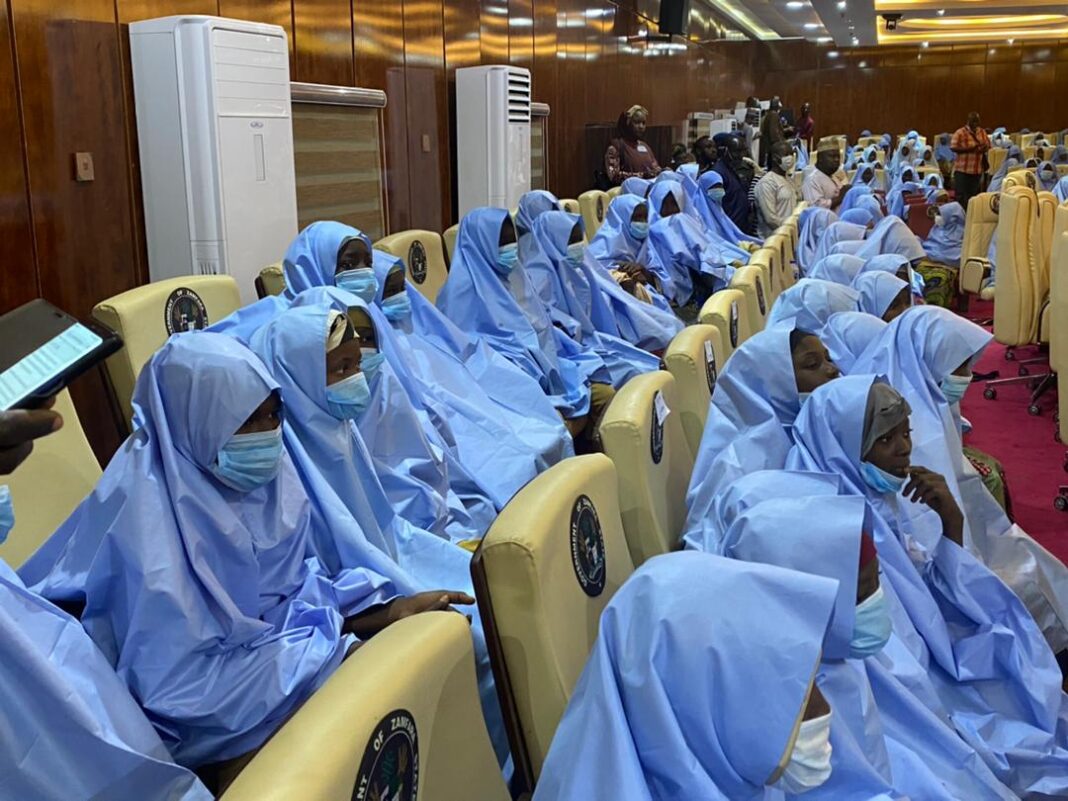 The euphoria generated by the reunion of the 279 Zamfara schoolgirls with their parents was marred by chaos and shooting by security operatives.

Reports by AFP indicate that trouble started when mobs started throwing stones at officials outside the school in the remote village of Jangebe when the girls were returned after officials’ insisted on a formal handover before parents could leave with their children.

One person was shot in the stomach when security personnel opened fire and was carried away by others in the crowd.

“Four people have been shot dead in the confusion,” Jangebe resident Bello Gidan-Ruwa told AFP by phone after leaving the village.

The tally could not immediately be confirmed with official sources.

Since their release, the students had been in government care in state capital Gusau, receiving medical treatment before being returned to the school to be handed over to their parents.

There were tears and hugs from parents and relations as the girls arrived in buses, but officials and security personnel insisted on ushering the children into the dining hall.

Anxious parents were outraged by officials’ insistence that the girls must be handed over to the local chief of Anka district, Attahiru Ahmad Anka.

“It is infuriating for (officials) to say they had to finish their speeches before handing over our children to us. This is outrageous,” one mother told AFP as she led her daughter away.

“They know the roads are insecure but they didn’t care. If we leave late and are kidnapped with our daughters again, the girls’ rescue will make no sense.”

There was chaos in the hall as parents grabbed their children and stormed out to the consternation of the officials.

Shooting by the security forces began when the crowd began pelting a convoy carrying regional parliament speaker Nasiru Mu’azu Magarya with stones as it tried to leave the village.

Despite the chaos, the girls and parents were happy for their release.

“I’m extremely happy to have been rescued from our captors,” Aisha Jamilu, a student, told AFP.

“I thank God for saving us from them. It was a horrifying experience I will never forget.”

She added that she would leave up to her parents the question of whether to resume her studies and run the risk of a second kidnapping.

“Even if I don’t go back to the same school I can be transferred to another one,” Jamilu said.

Muhammad Sani, father to two of the girls, said he was “delighted” to see his daughters again.

“I can’t say express how happy I’m. I didn’t cry when the girls were kidnapped but I couldn’t hold my tears when I saw them today. They were tears of joy.”