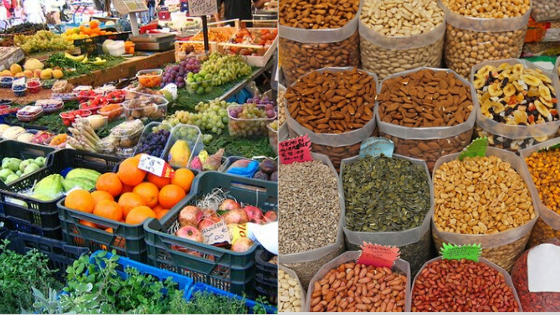 The Amalgamated Union of Foodstuff and Cattle Dealers of Nigeria has suspended their week-old food blockage of the South.

This is coming on the heels of a meeting brokered by Governor Yahaya Bello of Kogi State.

Reports from that meeting, which also had former aviation minister, Femi Fani-Kayode in attendance, indicate that food transportation to the southern part of the country would resume immediately.

The union went on strike last week asking the government to pay compensation to its members that were recently attacked and ensure their protection.

It demanded the payment of N475 billion compensation for lives of members and properties lost during the #EndSARS protest and Shasa market chaos.

Also, the group demanded that the government should order the dismantling of all road blocks on federal highways

The strike forced prices of onions, tomatoes, and beef to rise in several cities in southern Nigeria.

At the food markets across Lagos, prices of foodstuff skyrocketed by as high as 300 percent. A crate of pepper that used to sell at N2,000 was sold at about N12,000 at the Mile 12 food market.

At the Kara cattle market in Lagos/Ogun border axis, the once bustling market was like a ghost of itself as most of the meat sellers were idling away.