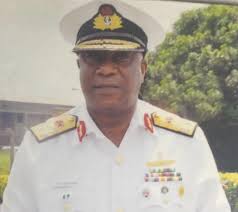 The deceased who was younger brother to former military Vice President, Admiral Augustus Aikhomu (rtd), was until his death, chairman of Ocean Marine Solutions (OMS), a company his late brother founded with businessman Captain Hosa Okunbo.

Aikhomu was also a member of the investigative panel on arms procurement between 2007 and 2015 which was set up by President Muhammadu Buhari during his first tenure.