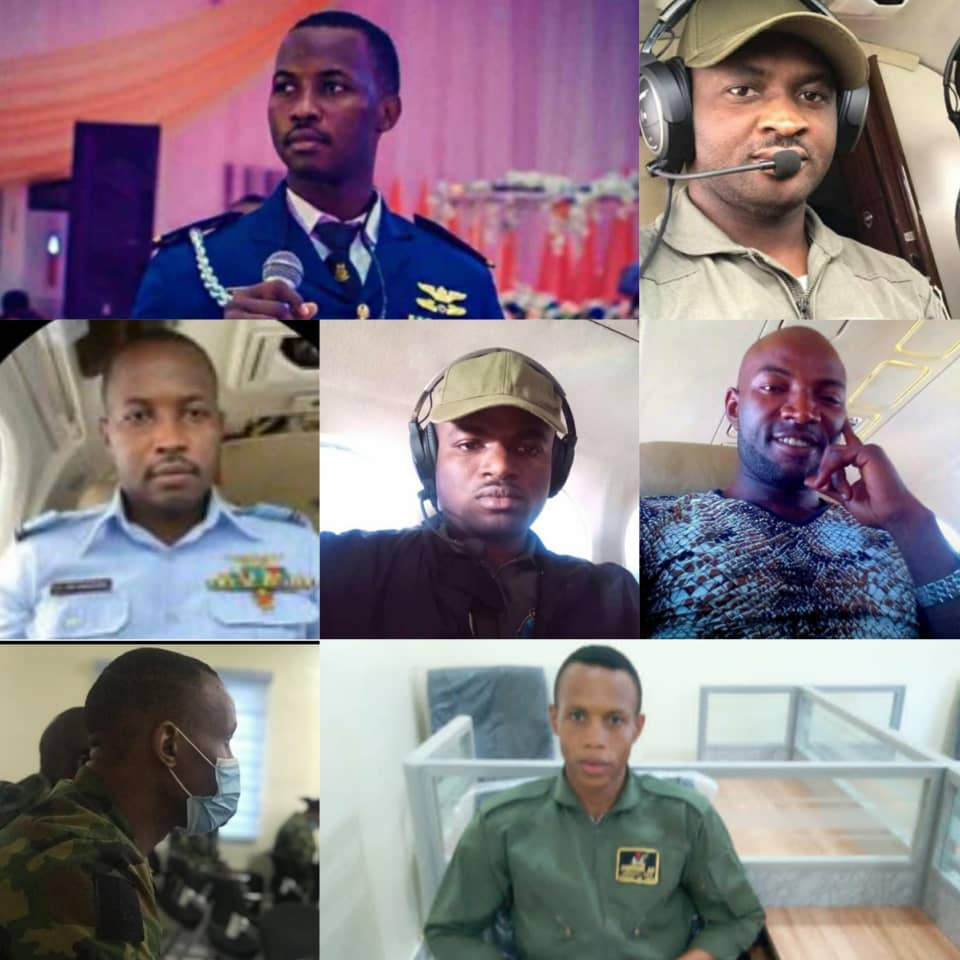 The Nigerian Air Force has confirmed that its Beechcraft KingAir B350i (NAF 201) which crashed near Nnamdi Azikwe Airport, Abuja on Sunday was scheduled was on a surveillance mission over Niger State and its environs in connection with the concerted efforts to secure the release of the students/staff abducted from the Government Science College Kagara, Niger State.

Air Vice Marshall Ibikunle Daramola, the spokesperson for the Air Force said the aircraft crashed while returning to the airport in Abuja after reporting engine failure enroute Minna, the capital of Niger State in a statement on Sunday evening.

He added that the Chief of the Air Staff, Air Vice Marshal Oladayo Amao, has instituted an investigative panel to determine the remote and immediate causes of the accident.

Daramola added that while the panel has commenced its work, the NAF, has notified the Next of Kins/family members of the crew who died in the incident.

He also released the names of the 7 personnel that died in the crash.

“Earlier, the CAS visited the scene of the accident, in company of the Honourable Minister of Defence, Major General Bashir Magashi (retired); Minister of Aviation, Senator Hadi Sirika; Chief of Defence Staff, Major General Lucky Irabor, and other Service Chiefs. The CAS, on behalf of officers, airmen and airwomen of the NAF, once more commiserates with the families of the deceased personnel and prays that the Almighty God grants their souls eternal repose,” Daramola added.

Fedredsnews had earlier reported that the crashed aircraft, a Beechcraft Kingair B350i aircraft on its way to Minna in Niger State crashed close to the runway of the Abuja airport.

NAF confirmed that the crash claimed the lives of seven personnel.