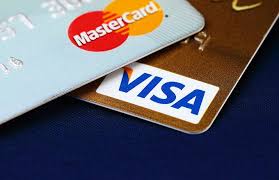 Few days after Nigerian government shut down bank accounts tied to cryptocurrencies and went ahead to confiscate such funds, international credit card giant, Mastercard on Wednesday announced it will begin allowing clients to make payments in certain cryptocurrencies on its network this year, becoming the latest major corporation to embrace digital coins.

Announcing the move on its blog post, the company, however, said not all the existing cryptocurrencies will be supported on its network because not all digital currencies meet the required criteria.

“We expect consumers and the ecosystem as a whole will start to rally around the crypto assets that offer reliability and security,” Mastercard’s executive vice president for digital assets Raj Dhamodharan said. The company said it will be looking for cryptocurrencies that respect consumer protection, follow compliance procedures and “offer the stability people need in a vehicle for spending, not investment.”

Mastercard said it hopes adding crypto to its network will mark an “entirely new form of payment” and create more possibilities for both shoppers and merchants, allowing more businesses to open up to new customers. The key change is that Mastercard’s current crypto partners, which include Wirex and BitPay, have to convert the digital asset into traditional currencies before making a transaction. The credit card major now wants to support digital assets directly instead.

“This change will also cut out inefficiencies, letting both consumers and merchants avoid having to convert back and forth between crypto and traditional to make purchases,” Mastercard said.

The company made the announcement just days after Tesla revealed it had purchased $1.5 billion in bitcoin and vowed to accept it as a form of payment. Earlier this month, Elon Musk predicted that bitcoin could soon win broad acceptance “by conventional finance people.”