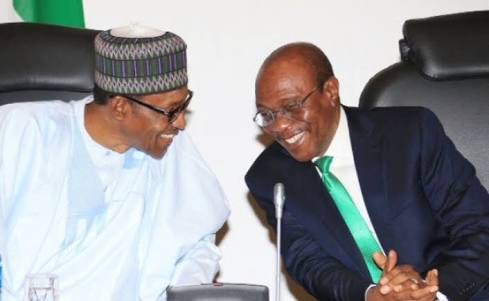 The Nigerian government has disagreed with the recommendation of the International Monetary Fund (IMF) that the way out of Nigeria’s economic challenge is to weaken the value of the national currency.

The government argued that any depreciation in the value of the currency would push up inflation, currently at put at 12.88 per cent, and worsen economic condition of the most vulnerable in the society.

The IMF said in its Article IV report on Monday that the government disagreed with its proposal to mark down the Naira, which it said is 18 per cent overvalued.

IMF on Monday said its latest assessment of the exchange rate revealed that the external position is substantially weaker than what is consistent with fundamentals and desirable policy settings, while gross reserves levels, projected to remain the same in the medium term, are significantly below the IMF’s metric.

In the midst of what the IMF described as “untransparent” foreign exchange policy environment, Nigeria’s exports, the lender added, remain “highly undiversified”.

Nigeria devalued the naira last year to close the gap with unofficial rates amid efforts to grapple with the impact of the coronavirus pandemic which affected global demand for oil and crashed prices.

But the government’s new position contrasts with the views of analysts who have called for a “more liberal” exchange rate.

The IMF said a clear exchange rate policy is needed to instill near-term confidence and bring long-term gains. It expressed worry about the current system, adding that its multiple windows and untransparent rules of FX allocation create uncertainties for the private sector.

The unification of various rates into one market-clearing rate is needed to establish policy credibility and a decisive break from the highly interventionist regime, it said. It would also eliminate existing Multiple Currency Practices, because an appropriately valued exchange rate would foster domestic industrialization more effectively than through a system of FX rationing where winners are chosen and protected and relative prices do not move.

Exchange rate flexibility may have short-term negative impacts, particularly on inflation, which should be mitigated, the IMF said Monday. However, it estimates that a 10 percent devaluation could push the inflation rate up by up to 2.5 percentage points, but the impact could be less if the parallel market rate is already reflected in the prices of imported goods.

The IMF said experience from other countries that have undergone exchange rate adjustment generally shows less pass-through and often a more transient impact on inflation, and some targeted support is likely needed to minimize the impact on the poor.

The corporate sector and possibly the banking sector could also face significant impact given that a third of banking sector loans are denominated in FX, it said, but strict and pro-active enforcement of existing prudential measures to limit FX loans to only those with FX earnings would limit the impact.

The apex bank devalued the official rate of the Nigerian currency twice last year by about 24 per cent.

Investors and analysts opined that the naira may devalue by as much as 10% in 2021, according to a Bloomberg survey.

The naira settled at 398.50 to the greenback on the investors’ and exporters’ window Monday evening, up from N397.50. In the parallel market, however, it settled at N480.