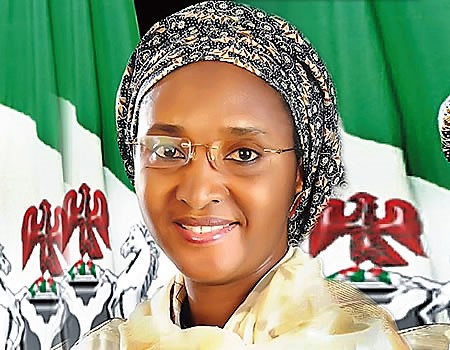 For Nigeria to exit the current economic doldrums, fueled largely by falling per capita income, double-digit inflation, limited buffers, significant governance vulnerabilities, and the global pandemic, Nigeria government needs to increase the Value Added Tax by at least, 10 per cent by 2022 and 15 per cent by 2025.

This was the thrust of the International Monetary Fund (IMF) report released on Monday after consultation with Nigerian authorities.

With the consolidated government revenue-to-GDP ratio at 8 per cent in 2019, said to be among the lowest in the world, the IMF said there is limited policy space to respond to the crisis in the economy.

In light of high poverty, the IMF recommended revenue measures that are progressive and efficiency-enhancing, drawing on previous IMF technical assistance recommendations.

The Nigerian economy slipped into its second recession in five years last November, as the gross domestic product contracted for the second consecutive quarter.

IMF said on Monday that the Nigerian authorities “acted swiftly to adopt a pandemic-related support package equivalent to 0.3 percent of GDP in the 2020 revised federal budget despite limited fiscal space.”

However, external vulnerabilities due to lower oil prices and weak global demand increased, with the current account remaining in deficit in the first half of 2021.

The IMF said socio-economic conditions have deteriorated, with rising food inflation, elevated youth unemployment, mass protests in October 2020, and surveys show worsening food insecurity with a significant impact on the vulnerable. It added that risks are tilted to the downside and include the resurgence of the pandemic, security situation and unfavorable external environment.

In the midst of the uncertainty, recovering oil prices and completion of the Dangote oil refinery could catalyze more domestic crude oil production and boost growth, the IMF said.

IMF said its officials commended the Nigerian authorities for the measures taken to address the health and economic impacts of the COVID19 pandemic which have exacerbated pre-existing weaknesses. It also welcomed notable reforms undertaken in the fiscal sector, including removal of the fuel subsidy and steps to implement cost-reflective tariff increases in the power sector.

It also highlighted the need for improved social safety nets to cushion potential negative impacts on the poor.

The fund also said that it welcomes the recent progress in structural reforms and called for continued reforms aimed at promoting economic diversification and reducing the dependence on oil and increasing employment.

In addition, it encouraged strengthening governance and anti-corruption frameworks, including compliance with AML/CFT measures. It also welcomed the ratification of the African Continental Free Trade Area and underscored that implementing trade-enabling reforms remain critical to rejuvenating growth.

On the need to increase VAT and effect reforms in tax administration, the fund called for the need to rationalize the pioneer status system and other tax exemptions and customs duty waivers, increase rates for excises and broaden the base, develop a high-integrity taxpayer register, and improve on-time filing and payment.

“A significant increase in non-oil revenue is critical to balance the negative revenue impact of the global decline of demand for oil in the long run,” it said.