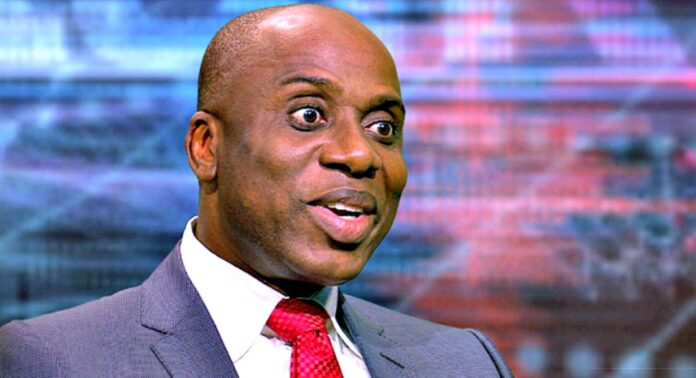 The Minister of Transportation, Chibuike Rotimi Amaechi, has disclosed that the Federal Government has approved the construction of three new seaports in the country. in Lekki in Lagos, Onne in Rivers State and Warri in Delta State.

The Minister, who disclosed this while delivering the 2021 Founders’ Lecture, at the University of Port Harcourt, UNIPORT, on the topic, ‘The Role of Transportation in Nation Building, said the seaports would be located in Lekki, Lagos; Onne, Rivers State; and Warri in Delta State.

The minister said: “This administration wants to do fresh seaports, because the existing ones, even if you dredge it 100 times, give it one month, it will be filled again, so that’s why we want to do fresh ones.

“With the three new sea ports, we will move from three percent of the country’s GDP to six percent.”

He noted that by September, this year, a University of Transportation would be constructed at Ubima in Ikwere Local Government Area of Rivers State for learning and specialization in the transportation sector.

The Transportation Minister further stated that the nation is borrowing to ensure that the necessary infrastructures are put in place for the masses, the nation doesn’t have enough money at the moment to carry out projects.

In his remarks at the occasion, former Vice-Chancellor of the University, Prof.S.J Cookey, decried the moribund condition of Bonny seaport. Cookey enjoined the relevant authorities to pay serious attention by revitalizing the nation’s seaports to grow the nation’s economy.

Also, the Vice-Chancellor of the University, Prof Stephen Okodudu, said the University at 46 has come of age, adding that the choice of the Amaechi (an alumnus) as the speaker was to show the world the intellectual resources deposited in the institution.

He noted that the lecture would deepen the academic culture of the University, noting that it would serve as an inspiration to the students of the institution.