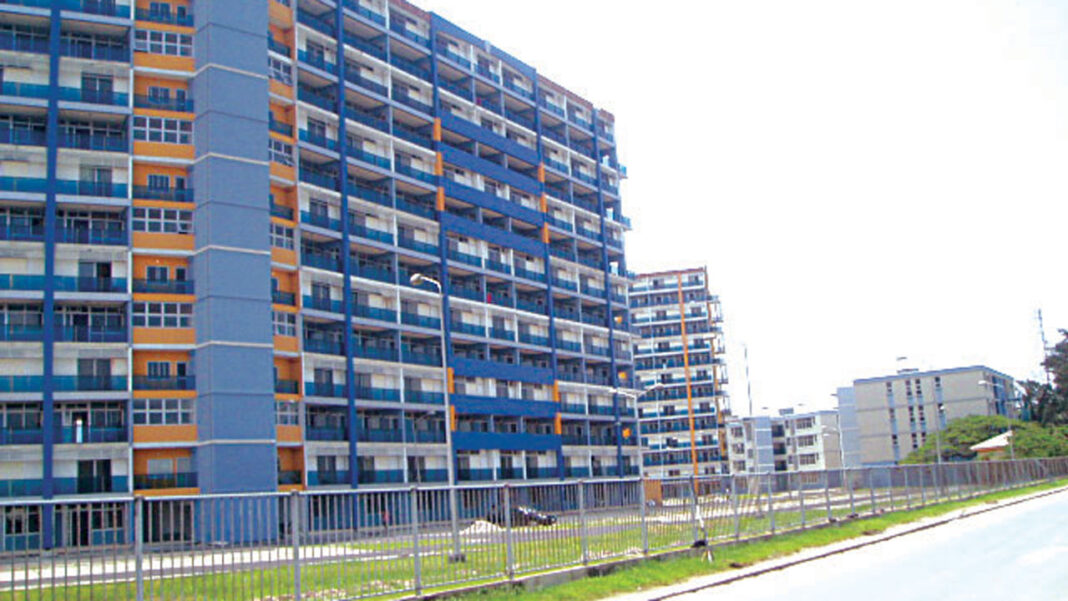 Tragedy struck today at 1004 Housing Estate, Victoria Island, Lagos when a man jumped from the 7th floor of the estate and died few minutes later

Fedredsnews learnt that the deceased, who was not a resident of the estate, jumped to his death from an apartment at Block D5 during a raid by the Economic and Financial Crimes Commission on Thursday morning.

The combined team of EFCC and policemen was said to be on the trail of some suspected internet fraudsters known as “Yahoo Boys.

It was learnt that after the incident, the EFCC officials immediately left and informed policemen attached to the Bar Beach Police Division.

The Police Public Relations Officer in Lagos State, Muyiwa Adejobi, confirmed the incident, adding that from all indications, the man was not even a suspect.

Adejobi said after the man fell, he was taken to a hospital but succumbed to his injuries.

The police spokesman said, “It was true. He was not even the target of the EFCC when he jumped from the seventh floor. We were told that he was not a resident but a guest. It is quite unfortunate. He was taken to the hospital after he had sustained fractures and he was placed on oxygen but gave up the ghost. We are trying to ascertain his identity. Once that is done, we will contact his family.”