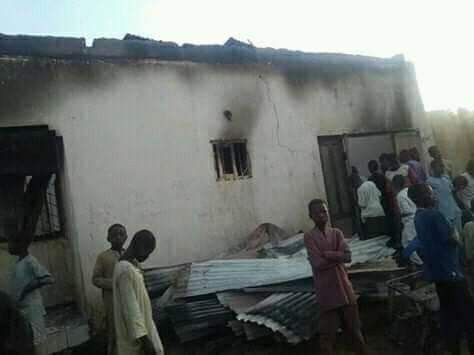 The Ebonyi Police Command says it will investigate and arrest those suspected to be behind the fire that destroyed herders’ houses in Oshibo community in Ebonyi Local Government Area.

The Commissioner of Police, Aliyu Garba, said this on Wednesday in Abakiliki, while briefing newsmen on the Monday fire.

Garba assured herders in the state that the command would leave no stone unturned in its efforts to arrest the culprits.

He said that the command was committed to security of lives and property in the state and urged residents to desist from causing trouble.

”The command has ordered the divisional police officers to commence investigation into the wicked act.

“We are not happy about the incident and efforts are in progress to apprehend the suspected perpetrators of the crime,” the police boss said.

He appealed to the public to assist the command with useful information that would help to rid the state of unscrupulous elements,” Garba said.

Meanwhile, a victim of the fire, Alhaji Musa Saidu, told newsmen that no fewer than five thatched houses and other property were razed down by the fire.

”I was not around when the incident happened but was told that three men with motorcycles stormed our residence, chased away my family and others and burnt down our houses.

“I want the government to take appropriate action over the situation. I have been in Ebonyi for over 30 years,” Saidu said.
Another victim, Mrs Zuwaira Musa, said she was not able to prevent the fire because she tried to rescue their 80-year-old mother, living with a disability.

“I was about to bathe her when they came and set the house ablaze. She was almost burnt.

“We lost our clothes, money and other household property to the fire,” Musa said.

Also, Mrs Zainab Isa, said the suspected arsonists came around noon to carry out the dastardly act, saying, “I lost my money and other valuables to the fire.”

They appealed to the security agencies and state government to take necessary action to avert future attacks on them.