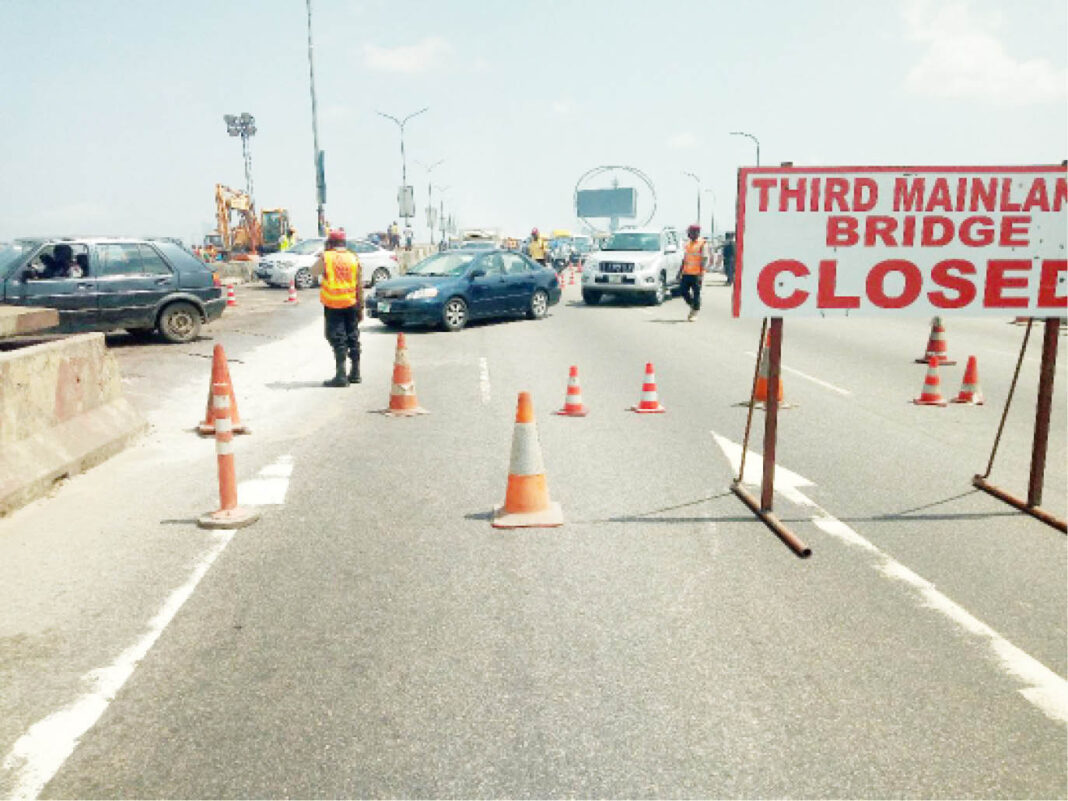 The Federal government has announced another total shutdown of the iconic Third Mainland Bridge, Lagos for three days, starting from midnight of Friday to midnight of Monday, February 1, 2021.

The latest move, according to Mr Olukayode Popoola, is to enable contractors working on the bridge to replace some delicate expansion joints.

He said work on the bridge has reached an advanced stage for casting concrete on additional three expansion joints and to achieve this, any form of movement that could lead to vibrations have to be avoided.

He, therefore, appealed to Lagosians to be patient and cooperate with traffic authorities in ensuring free flow of traffic in the alternative roads advised by the state government.

” This will require total closure of Third Mainland bridge from 12:00 midnight of Friday 29th till midnight of Monday 1st February 2021.

“We are sorry for the inconveniences this may cause Lagosians,”Popoola said.

Third Mainland Bridge in Lagos, which is going through series of repairs, had to be partially shut on July 24 for another round of rehabilitation works.

The repair expected to last six months was extended by one month due to the recent #EndSARS protests in Lagos extending the completion date from January 2021 to February.

The construction was initially divided into two phases of three months on each carriageway, starting with the Oworonsoki bound carriageway whose completion dragged to four months.

Traffic was partially diverted on a stretch of 3.5km where construction is ongoing between Adeniji Adeniji Ramp and Ebute Meta, while different time belts were allotted for traffic diversions on the bridge.

The 11.8km bridge is the longest of the three bridges connecting Lagos Island to the Mainland.