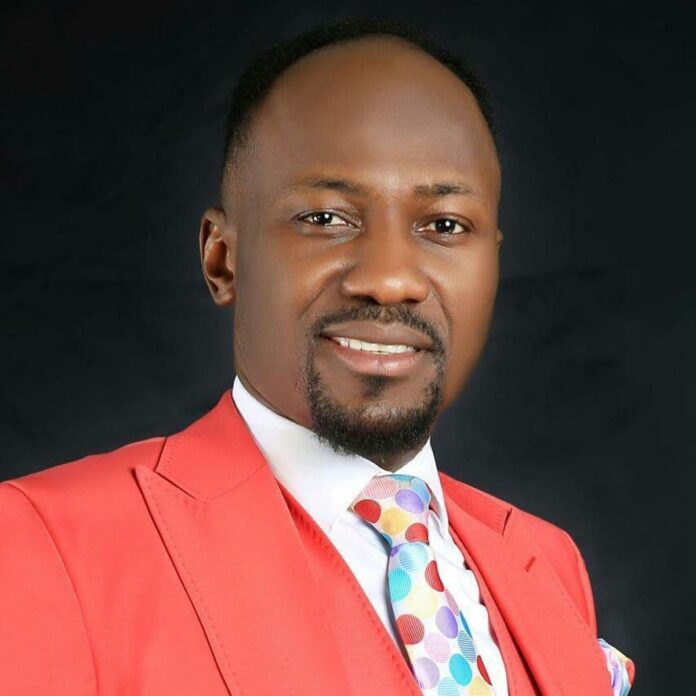 The controversial General Overseer of Omega Fire Ministries International, Apostle Johnson Suleman, has refuted claims that the Inspector General of Police, Mohammed Adamu, has ordered that he be investigated for allegedly sleeping with the wife of a former pastor in his church, Pastor Mike Davids.

Mr Suleman made this known via his verified Twitter handle, @APOSTLESULEMAN, on Monday afternoon. His tweet, however, did not address other allegations leveled against him by Davids, a former pastor of the church.

“IGP orders probe on me? Where, when? Maybe my ghost. Just reading stories now. Please discard. There is no such thing,” he tweeted.

Apostle Suleman’s denial comes in spite of a letter from the office of the IGP addressed to the Deputy Inspector-General of Police, Force Intelligence Bureau, Garki, dated January 5, 2021.

The letter, with reference number CB:7000/IGP.SEC/ABJ/Vol.515/561, was signed by the Principal Staff Officer II to the Inspector-General of Police, ACP Iliya Doma.

The letter is a sequel to a petition written by V.C Ezenagu & Associates on behalf of the aggrieved Pastor Davids who accused Apostle Suleman of threatening his life and preventing him from seeing his three children.

The police letter is titled, ‘Re: Criminal Petition Against Apostle Johnson Suleman for Enticement of a Married Woman; Adultery; Unlawful Criminal Restraint to Access Children and Threat to Life’.

The letter read in part, “I attach herewith a copy of a letter dated December 30, 2020 with its attachments received from V.C Ezenagu & Associates on the above-underlined subject. The Inspector-General of Police directs that you treat. Accept the assurances of my esteemed regards please.”

“Apostle Suleman has damaged my life. I have not seen my wife and children for two years and Apostle Suleman says if I ever go near them, he will have me taken out. I have a video where he said he will make me disappear. I don’t want to lose my life,” Davids had said in viral videos.

However, his wife, Pastor Faith Edeko, in a video, described her husband’s allegations as cheap blackmail, adding that it was the petitioner that abandoned the marriage and when her relatives reached out to him, he refused to return home.

“I don’t know what you hope to achieve, I don’t know who paid you but the only thing I will say is haven’t you done enough? Are you not tired of flogging someone’s daughter in pain?” she had said.