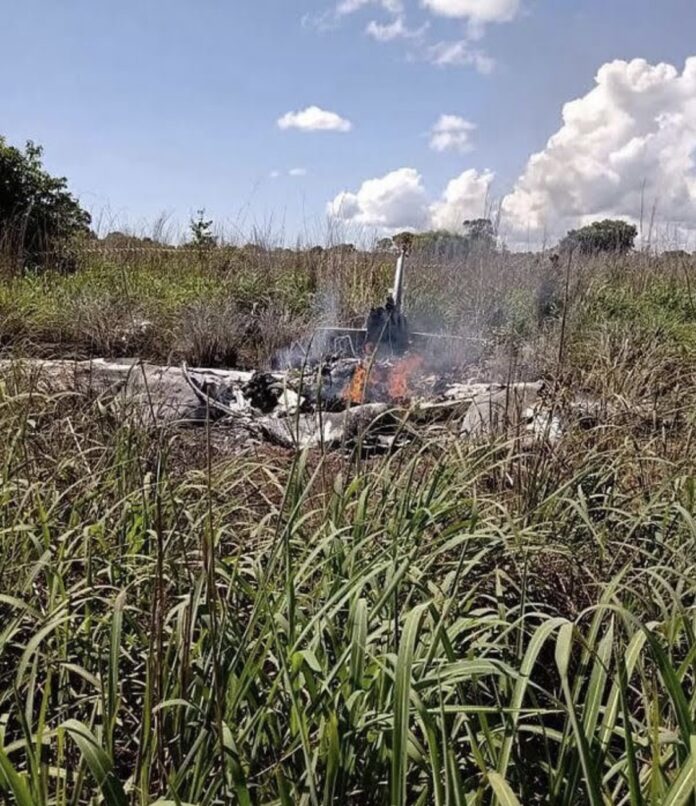 Tragedy struck today in Brazil as four players of Palmas, a tier-four team, and the club president, Lucas Meira, were killed in a runway crash on Sunday.

The pilot of the small plane, known simply as Wagner also died in the crash.

Reports indicate that the Palmas side was on their way to Vila Nova for a game that was scheduled to take place on Monday.

The names of the dead players were given as Lucas Praxedes, Guilherme Noe, Ranule and Marcus Molinari, as among the six victims.

News agency Reuters quoted a Palmas spokesperson as saying: “The plane took off and crashed at the end of the runway at the Tocantinense Aviation Association.

“We regret to report there are no survivors.”

Palmas were flying to Goiania, around 500 miles from where they were due to play Vila Nova in the last 16 of the Copa Verde.

The tournament is for teams outside the traditional powerhouses of southern and northeastern Brazil.

Palmas did not say what type of plane was involved in the accident, which is just the latest air tragedy to befall Brazilian football in recent years.

Nineteen Chapecoense players died when a plane taking them to the Copa Sudamericana final in Colombia crashed on a hillside outside Medellin in 2016.

And two years before that, ex-Internacional captain Fernandao was killed when his helicopter crashed in the state of Goias.