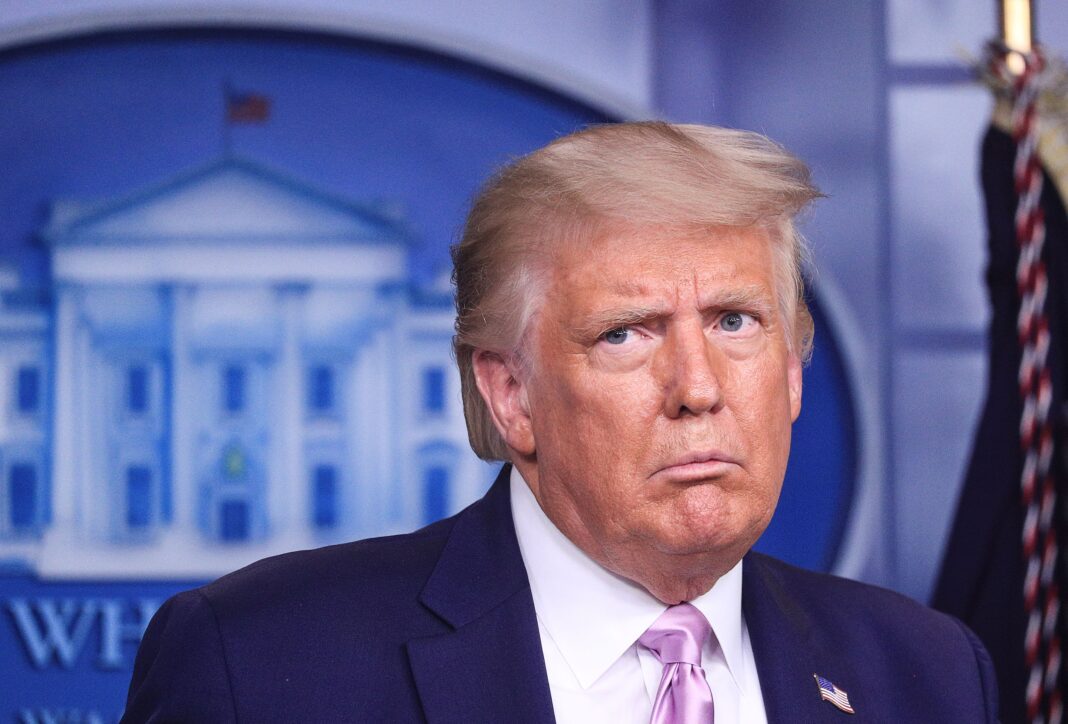 Refusing to abide by tradition and participate in the ceremonial transfer of power, Trump will instead hold his own departure ceremony at Joint Base Andrews in Maryland before his final flight aboard Air Force One.

Officials are considering an elaborate send-off event reminiscent of the receptions he’s received during state visits abroad, complete with a red carpet, color guard, military band and even a 21-gun salute, according to a person familiar with the planning who spoke on condition of anonymity ahead of a formal announcement.

Trump will become only the fourth president in history to boycott his successor’s inauguration. And while he has said he is now committed to a peaceful transition of power — after months of trying to delegitimize Biden’s victory with baseless allegations of mass voter fraud and spurring on his supporters who stormed the Capitol — he has made clear he has no interest in making a show of it.

He has not invited the Bidens to the White House for the traditional bread-breaking, nor has he spoken with Biden by phone. Vice President Mike Pence has spoken with his successor, Vice President-elect Kamala Harris, calling her on Thursday to congratulate her and offer assistance, according to two people familiar with the call. Pence will be attending Biden’s inauguration, a move Biden has welcomed.

While Trump spends the final days of his presidency ensconced in the White House, more isolated than ever as he confronts the fallout from the Capitol riot, staffers are already heading out the door. Many have already departed, including those who resigned after the attack, while others have been busy packing up their offices and moving out personal belongings — souvenirs and taxidermy included.

On Thursday, chief of staff Mark Meadows’ wife was caught on camera leaving with a dead, stuffed bird. And trade adviser Peter Navarro, who defended the president’s effort to overturn the election, was photographed carrying out a giant photo of a meeting between Trump and Chinese President Xi Jinping. (Staff are allowed to purchase the photographs, said White House spokesman Judd Deere.) Also spotted departing the West Wing: a bust of Abraham Lincoln.

“Be reminded that staff have items of their own that they brought to the White House and can take those items home as they wish. Some items are on loan to staff and offices from other collections and will be returned to those collections,” he said in a statement.

Earlier this week, reporters covering the president’s departure from the South Lawn spotted staff taking boxes into the residence for packing up the first family’s belongings.

And on Friday the packing continued, with moving crates and boxes dotting the floor of the office suite where senior press aides work steps from the Oval Office in the West Wing. Walls in the hallways outside that once featured a rotating gallery of enlarged photographs of the president and first lady framed in gold suddenly were bare, with only the hooks that held the picture frames left hanging.

Moving trucks pulled in and out of the driveway outside.

While some people have been asked to stick around by the incoming administration, the White House has been reduced to a skeleton crew, with more scheduled to depart on Friday. That includes White House press secretary Kayleigh McEnany. Come Monday, the press staff will be down to two.

Trump will leave Washington with his future deeply uncertain, two weeks after his supporters sent lawmakers and congressional staffers scrambling for safety as they tried to halt the peaceful transition of power. While Trump was once expected to leave office as the most powerful voice in the Republican Party and the leading contender for its 2024 nomination, he has been shunned by much of the party over his response to the violence, which left five people dead, including a Capitol Police officer.

Trump is expected to be joined in Florida by a handful of aides as he mulls his future.