Military Joint Chiefs condemn “sedition and insurrection” at US Capitol 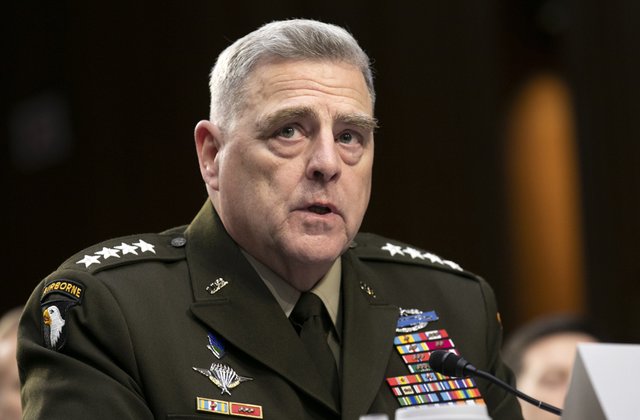 America’s most senior general Mark Milley and the entire Joint Chiefs of Staff, which is comprised of the heads of each military branch, issued a statement Tuesday condemning the violent invasion of the US Capitol last week and reminding service members of their obligation to support and defend the Constitution and reject extremism.

“We witnessed actions inside the Capitol building that was inconsistent with the rule of law. The rights of freedom of speech and assembly do not give anyone the right to resort to violence, sedition and insurrection,” they wrote in the statement.

The statement is considered a significant step because the chiefs seek wherever possible to avoid taking stances that may have political overtones. But given what has happened, the chiefs felt it was important to make a statement given the gravity of events surrounding the inauguration.

“As Service Members, we must embody the embody the values and ideals of the Nation. We support and defend the Constitution. Any act to disrupt the Constitutional process is not only against our traditions, values, and oath; it is against the law,” the statement said.

In addition, the statement referenced the certification of the election by Congress and said, “President-elect Biden will be inaugurated and will become our 46th Commander in Chief.”