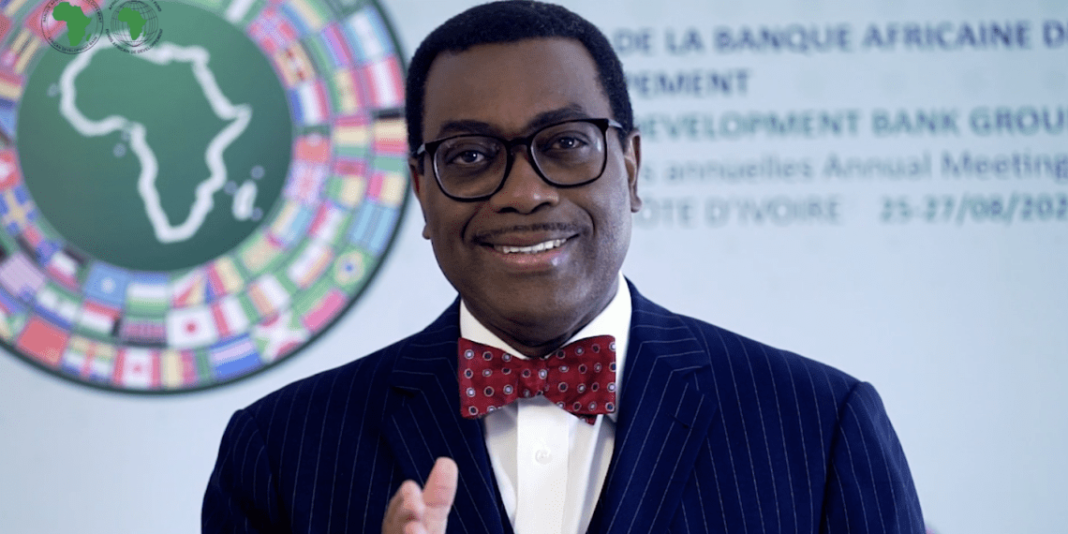 The appointment of Mr Adesina, who was the Minister of Agriculture during the administration of President Goodluck Jonathan was announced on Monday on the fringes of the One Planet Summit 2021 which was held to galvanise support for the ambitious project project to plant 8,000km swathe of tress and other vegetation across the Sahara and Sahel regions of Africa.

The green wall will act as a barrier against desertification and aims to create over 10 million green jobs in the region.

“I would also like to welcome the commitment of Dr. Adesina, President of the African Development Bank, who has agreed to take on the role of resource mobilization champion and help raise, by 2030, all the necessary funds for the realization of the Great Green Wall,” French President Emmanuel Macron told participants.

In the role of champion, Adesina will lead the mobilisation of political and economic support for the initiative.

“The Great Green Wall Initiative is the first step on the way to nature-based solutions as well as solutions based on the vitality of African eco-solutions,” said Mr Macron. “France is very committed to this region from the standpoint of security and sustainability. We need to beef up the initiative for all the 11 countries.”

During the forum, Mr Adesina announced that the bank would mobilize up to $6.5 billion over the next 5 years for the Great Green Wall Initiative, joining multilateral development institutions, governments and development partners that have pledged over $14 billion. The World Bank, for instance, pledged over $5 billion in funding to advance the land restoration and degradation issues and to address challenges around Lake Chad.

The bank will extend resources through a range of mechanisms, partnerships and operations, and draw on internal and external sources of funding, including the Sustainable Energy Fund for Africa (SEFA) and the Green Climate Fund (GCF), among others.

Mr Adesina noted that ongoing bank initiatives such as Desert to Power, a programme to build the largest solar zone in the world in the Sahel, will enhance and complement the Great Green Wall. “This will provide electricity for 250 million people and help to protect the Great Green Wall. If there is no access to energy, the Great Green Wall will be no more than trees waiting to be turned into charcoal.” The bank has committed to mobilize $25 billion for climate finance by 2025.

The One Planet Summit 2021 is hosted by French President Emmanuel Macron and His Royal Highness the Prince of Wales. The Summit, held annually, brings together political leaders, private sector decision makers, foundations, NGOs and citizens to identify and accelerate funding for climate, biodiversity and ocean solutions and mobilize all stakeholders in public life and the economic world in collaborative efforts.