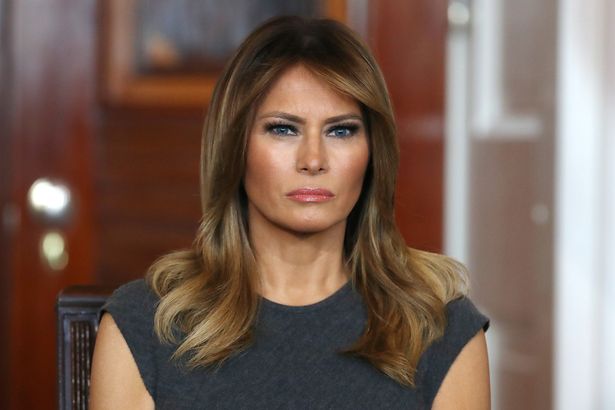 American First lady, Melania Trump has written a farewell letter in which he called for healing but quickly went ahead to castigate those he accused of spreading “salacious gossip, unwarranted personal attacks, and false misleading accusations on me – from people who are looking to be relevant and have an agenda”.

In the letter, titled: “Our Path Forward” and posted on the White House website, following the vicious Capitol insurrection incited by her husband, Melania said she was “disappointed and disheartened with what happened last week,”

It is the first time the outgoing president’s wife has spoken since chaos consumed the Capitol last week.

She went on to confirm that she condemns the violence, dubbing it “never acceptable.”

The first lady appeared to avoid the spotlight since Trump supporters took the US Capitol by siege on Wednesday, while Mike Pence was escorted out of the building to somewhere more secure.

The rioters wanted to stop the counting of Electoral College votes that confirm President-elect Joe Biden victory over President Trump in the November 2020 election.

But by Wednesday evening, Melania’s chief of staff had formally resigned from her post.

She told ABC News in an interview: “I am very proud to have been a part of Mrs Trump’s mission to help children everywhere and proud of the many accomplishments of this Administration,”

Despite remaining in office until Biden’s inauguration on January 20, the first lady also said goodbye in Monday’s letter.