The Thin Line Between Employee And Organizational Reputation – By Emeka Oparah 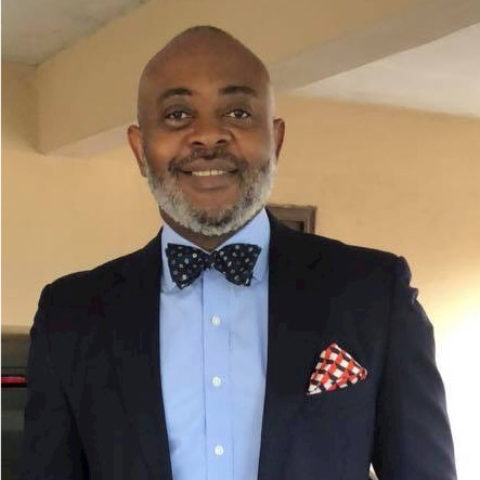 Several years ago, I had a boss, an expatriate, who did his best to settle down quickly and blend into the Nigerian corporate world and social class. One of the earliest invites he got was to a private dinner at the home of one of Nigeria’s corporate top dogs. He didn’t tell me.

Upon arrival at the venue, he was ushered into the palatial premises of the host. Being a foreigner and because he didn’t let me know, he made the error of being the first to arrive! The host wasn’t even available yet. So, he was left with the ushers. A simple man, he engaged one of the ushers in a conversation. An idle media photographer made a feast of the man and his “lovely friend”.

Later, and I believe the event had finally gotten underway, my boss blended into the select evening crowd of Nigeria’s privilegentia (apologies to Dele Momodu) and apparently forgot about the usher. I’m not sure he even realized his photos (with the pretty lady) were taken. But feeling generous, the photojournalist, who works for one of the soft-sell magazines, there and then, sent me the photos via BBM. And that saved the day nay evening!

Lovely photos-and some not-so-lovely ones too. My boss, in some of the photos, was smiling lasciviously at the PYT. In one, he was ogling at her comely frontal endowments. I was petrified. Your guess as to why so is as good as mine.

I immediately contacted the photojournalist and pled with him not to use any of the photos. And this is the first moral of this story: Make friends with the rank and file of journalists including photographers and Sub-Editors. They can save your job (life) in times of need.

My friendship with the guy, in the first place, made him share the photos with me. It also made him agree with my plea not to use them. More importantly, he alerted me, knowingly or inadvertently, of my boss’ whereabouts, an edge every PR man should have over his or her boss (know where he or she is at all times!). But all that is child’s play nowadays with the democratization of data and proliferation of social media.

Then, I promptly reached out to my boss and warned him to be careful and watch his steps because there were photojournalists mingling with them. I sent him a couple of the photos to underscore my “omnipresence”. He panicked-and then thanked me for looking out for him. He never tried that “nonsense” again; I mean attending any public function without letting me know. The next time we met, I read him the “riot act” followed gently by a copy of the company’s Media Policy. He calmed down.

Here’s the thing, my dear friends: the moment you start to wear the badge or ID Card of any organization, your personal reputation becomes subsumed in the organizational reputation. It’s Osmotic. It moves from the areas of low concentration to the areas of high concentration, the employees being the former and the employers (organizations), the latter. You can no longer do as you like. You must become constantly mindful of your behavior to avoid running foul of the stated attributes of the organization’s brand. Even your social media activities, extremely important and potentially dangerous, must be moderated according to your company’s policy. Your employer sees all you do on social media. Period. Cram that!

As a senior executive in my organization, I always ensure I not only make the company’s Media policy available to new employees during their induction, I also outline and discuss some Dos and Don’ts in addition to the employee handbook traditionally given out by the Human Resources (HR) Department. I show them the landmarks and mark out the lines they must not cross. The idea is for them to be acutely mindful that their actions and inactions are aligned and consistent with the company’s brand attributes and expectations.

So, if an employee is paraded in the media for armed robbery or dragged on social media for snatching someone’s wife or raping a female friend or fighting at a night club, etc, etc, it automatically rubs off negatively on the reputation of the employers. Conversely, when the employee wins laurels or does something truly remarkable and praiseworthy, it rubs off positively on the employers and the brand. So, employees must strive (not to act within the continuum of positive and negative) but to do only those things that rub off positively on their employers’ brand or at least avoid those that rub off negatively.

A senior colleague was many years ago pictured in one of the more notorious soft-sell magazines dancing “Koko below” in very undignified and uncomplimentary postures. She got a reprimand. It could have been worse, if she was shown fighting or drunk and her predicament (aka underwear) made public! It must be said, though, that such photos and videos are commonplace nowadays with smartphones and social media. So, one and all must strive to err only and always on the side of caution.

The question at this point will most definitely be: what can PR people and indeed management do in the event that someone, especially one on the top perch of the organization, runs foul of the company’s Media Policy and brings the reputation of the organization to question or puts it in jeopardy? Simple answer: I know what to do and I also know what they can do. This will cost you some money, if you want me to tell you now, but if you’re patient, I will say them for free at my next FREE WEBINAR this month.

Watch this space for details of the webinar. Meantime, please watch out so you don’t jeopardize the reputation of your employer or your organization by your bad behavior. As we say, perception is REALITY and IMAGE can be everything.

Have a good week ahead!