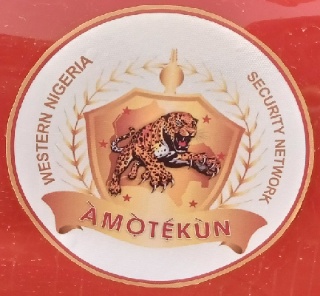 The erring operative, identified as Ibrahim Ogundele, was said to have opened fire at Yekini when a team of policemen arrived the venue of a street carnival to dislodge the organisers who had earlier been warned not to stage the show, because of restrictions on large gatherings to forestall further spread of Covid-19.

The incident was said to have happened around 3 pm on Saturday around Sanga area of Oyo town.

It was gathered that the operative was promptly arrested and has been put in police custody while the injured cop is said to be receiving treatment in hospital.

The Police Public Relations Officer in the state, Mr Olugbenga Fadeyi, confirmed the incident when contacted by Punch.

He said, “This happened when police personnel at Ojongbodu Division, Oyo were responding to calls to dislodge recalcitrant youths staging carnival after several warnings that such should not be staged.

“The Amotekun personnel has since been arrested and currently being investigated at Ojongbodu Police station.”