Nancy Pelosi re-elected speaker of the US House of Reps. 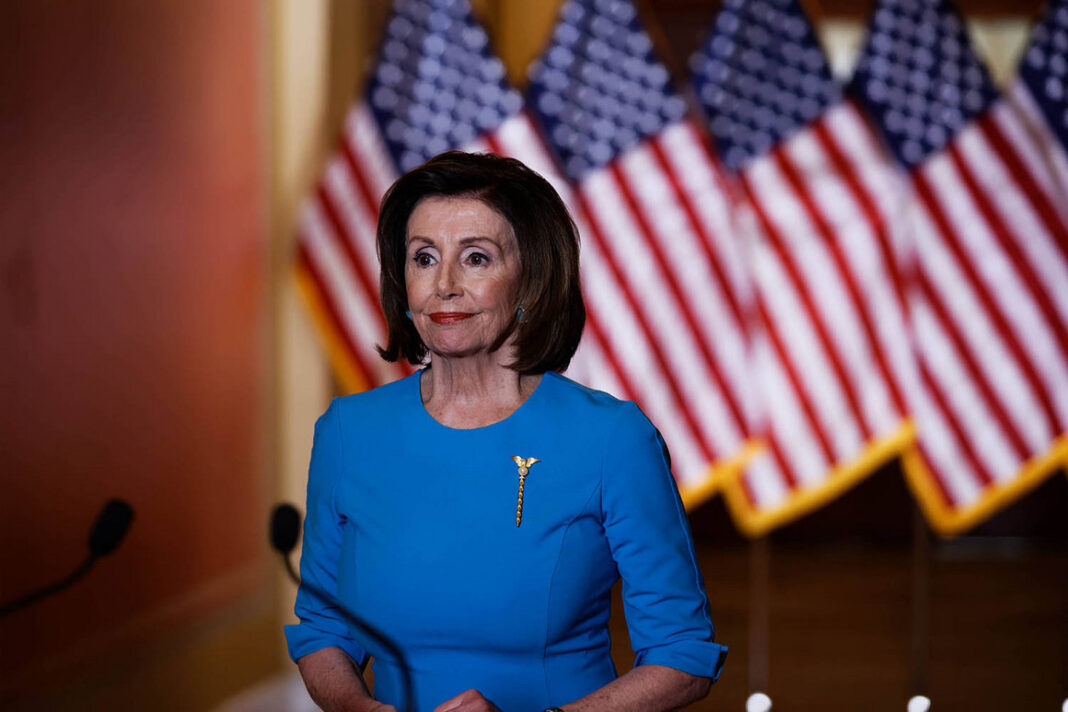 Speaker Nancy Pelosi won a fourth non-consecutive term to lead the House of Representatives, suffering a handful of defections in a narrow vote after her party lost seats but kept control of the chamber.After serving for 17 years in charge of the House Democrats, Pelosi ran unopposed in her election.

Pelosi had a slim margin for error, facing the Democrats’ smallest majority in decades and a pandemic that has hindered attendance.

Some in her caucus have agitated for new leadership, and Republicans were unified against her. She received 216 votes, which was enough considering a handful of members either voted present or the seats were vacant.

“If Nancy can do anything, it is that she knows how to count,” said Rep. Gerry Connolly, a Democrat from Virginia.

“She is very aware of the fact that with a slim majority — with some members who voted against her two years ago — there is gonna have to be an effort to persuade them that that was then and this is now. We cannot afford to have uncertainty about the speakership.”

In order to win the speakership, Pelosi had to receive a majority of votes. In 2019, 15 Democrats defected from Pelosi but she can only afford to lose a few in 2021. After losing a dozen seats in 2020, House Democrats are likely to control around 222 seats next term.

“In a time marked by historically low trust in our government, new voices are necessary to moving forward and achieving real progress,” said Spanberger in a statement.

Pelosi’s deputies had been concerned that some allies with underlying health issues might have been sidelined since all members must be present to vote. One Democratic member, Rep. Gwen Moore of Wisconsin announced she had tested positive for Covid last week. She said on Sunday she didn’t receive a negative test before voting but had quarantined for two weeks and was following the guidance of Dr Brian Monahan, the Attending Physician of the United States Congress.

Some members voted through a “secure enclosure” since they were exposed to someone with Covid-19 but then tested negative for the virus, according to the Capitol physician. Nebraska GOP Rep. Jeff Fortenberry voted for House GOP Leader Kevin McCarthy from the plexiglass-enclosed area above the House floor, wearing both a mask and a face shield.

Monahan cited federal guidelines from the US Centers for Disease Control and Prevention and the Cybersecurity and Infrastructure Security Agency that “essential workers, in order to ensure continuity of operations of essential functions, are permitted to continue work following potential exposure to COVID-19 provided they remain asymptomatic and additional precautions are implemented to protect them and the community.”

Before the vote, Pelosi and her allies projected confidence that she would win reelection.

“I am enormously grateful for the trust that members have placed in me,” wrote Pelosi in a letter to her Democratic colleagues on Sunday.

“I am confident that the Speaker’s election today will show a united Democratic Caucus ready to meet the challenges ahead, and that we are prepared to set our country on a new course, starting with the Electoral College meeting on Wednesday.”

Jeffries said on “Fox News Sunday” that Pelosi “will be the next speaker of the United States House of Representatives,” noting that there is “incredible enthusiasm” for the California Democrat to keep her post as she’s been a “historic, legendary legislative leader through incredibly turbulent times.”

House Majority Leader Steny Hoyer chuckled when House Majority Whip James Clyburn was asked on MSNBC on Sunday if he thought Pelosi would be reelected as Speaker.

The speaker has a myriad of tools at her disposal to curry votes, including a massive fundraising operation, committee assignments and legislation she can bring to the floor. In 2018, Pelosi, 80, suggested that this would be her last term in office, striking a deal with a small group of Democratic rebels that she would serve no more than two terms as speaker.

Pelosi told her members on a private call last week that her only enemy in the fight for speaker was Covid, according to multiple sources familiar with it, because the virus could affect the number of members who could come to Washington and vote.

While members could vote while sick, the optics would be terrible.

“She is one of the few, clear leaders who can provide cohesion and leadership for the Democratic majority,” said Connolly.

“I think she goes into this in a strong position, but clearly cognizant of challenges she faces in terms of numbers and the uncertainty of coronavirus.”